Confusion and stigma: half a million people missing out on Universal Credit as COVID-19 hit

A Welfare at a (Social) Distance study, funded by the Health Foundation, highlights those who were eligible for Universal Credit at the start of COVID-19 but did not claim it – despite often having sharp falls in income and struggling financially.

The report by the University of Salford, working in collaboration with the University of Kent and the University of Leeds, the LSE and Deakin University, Australia, estimates that around half a million (an estimated 430,000-560,000) people who were eligible for Universal Credit during the start of the COVID-19 pandemic did not claim it.

There were many (an estimated 280,000-390,000) people who wrongly thought they were ineligible for Universal Credit. Some people had actively considered applying for benefits and decided they weren’t eligible, but mostly people just had a ‘sense’ that they were not eligible for anything.

There were also a quarter of a million (220,000) people who thought they were eligible for Universal Credit but didn’t want to claim it with 59% stating the perceived hassle of applying and the challenge of figuring out if they were eligible the contributing factor to not applying. A further sizeable minority (27%) didn’t claim Universal Credit because of benefits stigma.

Since the start of the COVID-19 pandemic, income had fallen amongst a majority of those not accessing Universal Credit and to make ends meet, people relied on savings, friends and family or borrowed from banks.

Nearly half reported severe financial strain – either falling behind on housing costs, not keeping up with bills and debts, or not being able to afford fresh fruit and vegetables daily. A further two-thirds were unable to deal with an unexpected expense like replacing a fridge and more than one-in-six had skipped a meal in the previous two weeks because they could not afford to eat (equivalent to 80,000 people).

Those not taking-up Universal Credit also had worse mental health on average than the general public.

Dr Ben Baumberg Geiger, lead author of the report and a Senior Lecturer at the University of Kent, said: “There are probably about half a million people who are entitled to Universal Credit but do not claim it. These people are largely invisible because the Department for Work and Pensions no longer estimates how many people are affected – something we recommend that they start doing for UC, just as they used to do for other benefits”.

“Some of these people say they don’t need benefits – but others don’t claim because they don’t understand that they are eligible, hope that things will get better soon, or are put off by the perceived ‘hassle’ or stigma of claiming. It is therefore no surprise that many of these people are experiencing poor mental health and financial strain, some of them severely”. 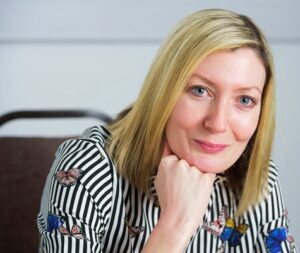 Professor Lisa Scullion, Co-Director of SHUSU at the University of Salford and project lead, said: “Overall, the benefits system has responded well to the unprecedented demands which a year of different lockdown measures has brought. However, historic weaknesses remain.

“It is clear that there are relatively high levels of need amongst people who do not claim the benefits that they are entitled to. The Department for Work and Pensions should publish its own ‘benefit take-up strategy’ for the UK as a whole, aiming to ensure that people can claim the rights benefits as quickly as possible, correct misperceptions about the benefits system, and attempt to address benefits stigma”.

Hardeep Aiden, Research Manager at the Health Foundation, adds: “The £20 uplift and temporary removal of sanctions have gone someway to improve the experience of many claimants during the pandemic, but more targeted support and an easing of the conditions for claiming Universal Credit must be implemented.

“This would reduce the stress and anxiety around claiming, helping to improve both mental and physical health among this financially vulnerable group and, crucially, would encourage those who need to claim to do so”.

The full report is available here