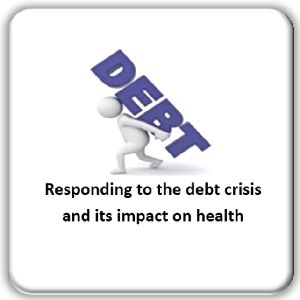 Responding to the debt crisis and its impact on health

by Simon Watts, Public Health Registrar on placement with GMPA

New research based on a survey of 2,500 adults was published by Turn2Us last week revealing the levels of indebtedness which are now facing many residents across the UK:

•  One in three families are getting into debt as a result of the pandemic;

•  One in five people are now ‘always or most of the time’ running out of money before pay day; pre-Covid this number was closer to one in nine;

•  Younger age groups, those with a disability or those from a Black or Asian background are all more likely to run out of money before payday than other groups;

•  Of those surveyed who have accessed debt since March, nearly two thirds could only manage for less than a week if they lost their primary income source.

This shows how little financial resilience many people have. As a result, multiple sources of debt, which at some point must be repaid, have become increasingly relied upon.

The Office for National Statistics find that those in the most income deprived areas are likely to rely on debt more, and further analysis suggests average unsecured debt level is now a staggering £15,000 per household. This is less surprising when you consider the high interest rates associated with payday loans, which can exceed 1500% APR and that those lower income groups, who can’t access affordable credit options, pay an average of £527 more when they buy a household appliance. These are examples of the poverty premium, whereby if you earn less, your costs are higher.

And debt is not just a Covid related problem. The insolvency rate before Covid across most local authority areas in Greater Manchester was at or above the peak following the 2008 recession; we entered the pandemic in a bad position in terms of debt.

The impact of problematic debt is wide, leading to relationship loss, loss of your home, inability to get a home, or a phone contract. The legacy of having debt problems, even once the debt has been written off or repaid, is felt for a long time. The health impact of debt can be severe, with a review of the evidence on debt and health finding that debt was associated with depression and other mental illnesses and in some cases suicide, as well as physical health problems. Given that certain groups of the population (identified above) experience the biggest problems with debt, these negative health impacts are not evenly distributed and contribute to widening health inequalities between groups.

UK debt levels are a public health crisis. The Turn2us research makes several recommendations, including increasing funding for Local Welfare Assistance Schemes (LWAS). GMPA very much support this suggestion, as well as other recommendations in the report including reducing waiting time for Universal Credit (UC) and maintaining the £20 UC uplift, but we would also support further action.

Forthcoming GMPA research into LWAS highlights the excellent support offered by debt advice and money management teams across Greater Manchester; but these services are getting busier. A focus on prevention is needed that seeks to reduce the number of people entering debt crisis, but also ensures those whose health is suffering as a result of debt can access the right support. This isn’t just about helping those already in financial crisis, though that is important. It is also about lower income groups not always able to access affordable credit, it’s about responsible lending, illegal money lending, discussing the dangers of debt with young people and much, much more. And the approach needs to be consistent and coordinated across the city region, so that where residents live doesn’t determine their likelihood of getting into problematic debt. 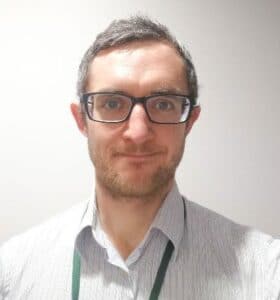 If you, or someone you know, is struggling with debt and money management, support is available from your local authority and other partner organisations. This website provides a useful directory of the support available, and you can find a range of information and advice services listed on the Maps of Support Services page of GMPA’s website.