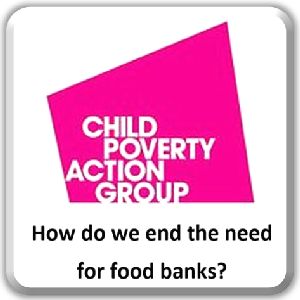 In his spring statement, the Chancellor added £500 million to the household support fund, which started out as a pot of money given to councils to support families during the pandemic. This was an insufficient response to the challenges families are facing, given prices are rising at pace and benefits will not increase at the same rate. But what is the role of this type of support? And how should it be delivered? That was what our Ending the need for food banks project set out to answer.

Emergency support can in no way be treated as a replacement for an adequate social security system, but it does play a vital role in that system. It should help families through one-off shocks that cause a sudden drop in income or increase in costs, such as the onset of a health problem or the washing machine breaking down. In practice, however, many families are not getting the support they need when they need it. This is contributing to the rising demand for food banks.

Emergency support varies greatly across the UK. Both Scotland and Wales have a centrally coordinated emergency hardship fund: the Scottish welfare fund and discretionary assistance fund, respectively. In comparison, England puts the onus on local authorities to provide emergency support, but because provision isn’t statutory and budgets are already stretched, many local authorities simply do not run a scheme. Access to emergency support in England is therefore a postcode lottery. At least 32 local authorities, one in five, now have no scheme whatsoever. Even when there is a local welfare assistance scheme, the reach is limited due to chronic underfunding, especially in comparison to Wales and Scotland. Before the pandemic, spending in England per capita was far lower than in Scotland and Wales. 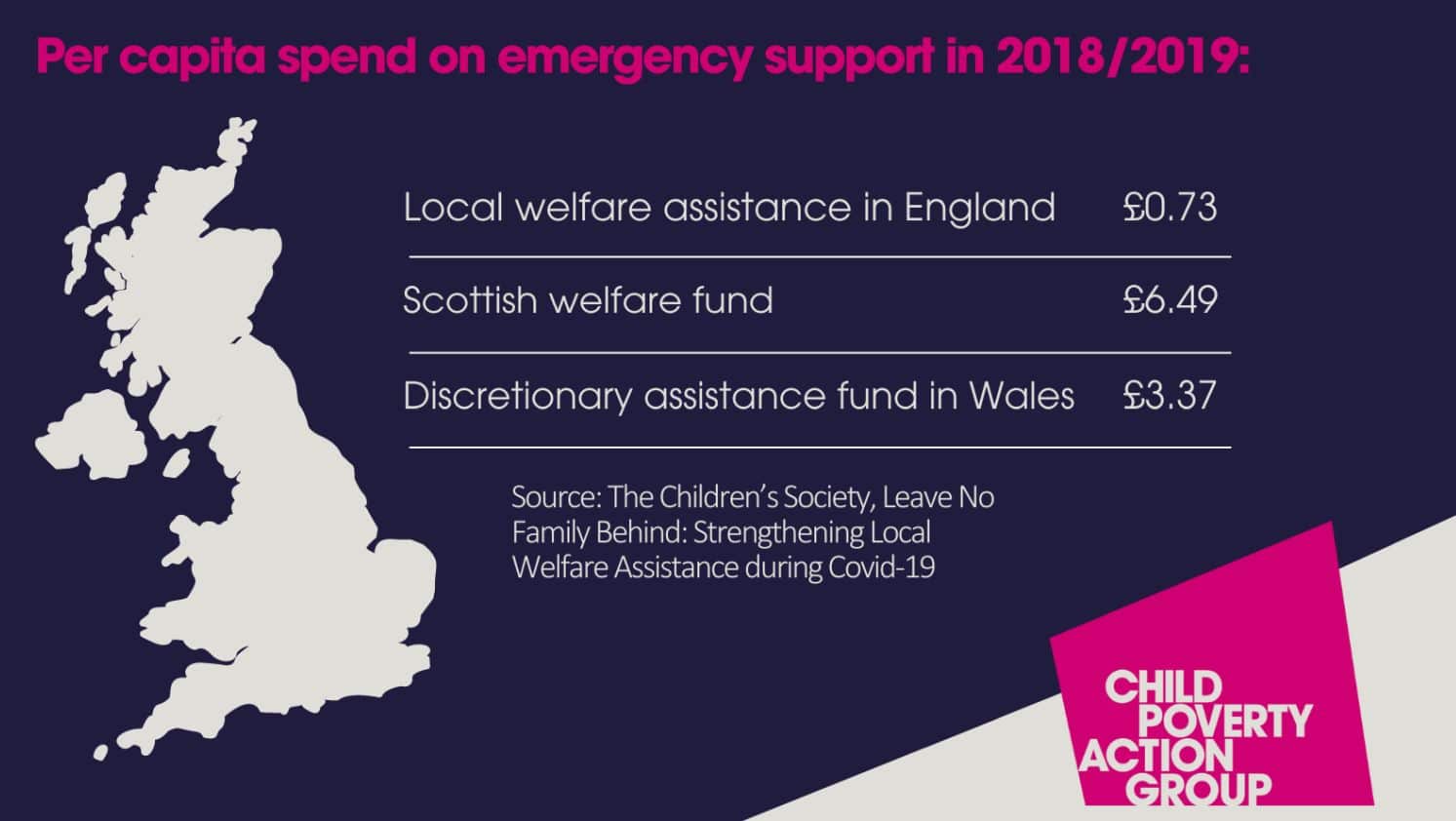 The UK government did give local authorities more money to support people in the pandemic, including via the household support fund, but these pots of money have all been short term and ad hoc. They have provided no security to local authorities nor their residents who need this crucial support.

Something that kept coming up in our research was the importance of dignity. Many people in poverty feel shame when going to a food bank. If properly funded emergency support was in place, people in crisis would be able to receive a cash grant from their local authority to give them the flexibility and agency in a financial emergency.

“People asking for emergency help have been through enough without being made to feel like we don’t trust them to choose the right baked beans.” – Citizens’ jury participant

“Choice is what gives us dignity, don’t take that choice away from people.” – Citizens’ jury participant

We are calling for a review into emergency support in England and Wales (Scotland has already commissioned a review), and for best practice to be shared among local authorities. It’s also essential that the support on offer across local authorities in England is made more consistent.

As we brace ourselves for a further rise in the cost of energy, food and other basics, we must ensure that benefits rise in line with inflation. Social security adequacy needs addressing at a fundamental level. Extending the household support fund was a completely inadequate response to the challenges low-income families are facing. But a properly funded emergency support system must also be there to help families when they face an income shock and provide them with the support they need so they don’t have to resort to a food bank.

You can read the project’s final report here.