It is a year since we launched the Greater Manchester Food Poverty Action Plan with 150 people and organisations who had co-produced the Action Plan in our Food Poverty Alliance project. This article reviews the first year of progress towards the Plan’s vision, that “everyone in Greater Manchester enjoys good food and a better standard of living, and they look out for each other.”

Through the Food Poverty Alliance, 50 individuals and organisations have made over 100 pledges of action towards the Action Plan’s vision, including:

We are working closely with most councils across GM, as well as GM Mayor Andy Burnham, the GM Combined Authority and the Health & Social Care Partnership, to discuss actions that can be taken by the public sector at the GM and borough level. For example, Tameside has:

Another important activity has been to embed food poverty, and the Action Plan specifically, in the wider efforts to develop a comprehensive food strategy for the city region. These efforts are being led by GM’s strategic food board Good Food Greater Manchester, of which GMPA is a member. We are currently exploring how efforts to tackle food poverty can complement other sections of the food strategy, and are supporting a series of workshops to develop a cohesive and widely supported strategy.

Since the launch of the Action Plan, GMPA has seen encouraging increased interest in tackling poverty at a local level. Some local authorities are developing and implementing anti-poverty strategies, and there is significant interest in engaging people with lived experience of poverty in decision making e.g. through poverty truth commissions. We continue to campaign for employers across the city region to tackle in-work poverty by becoming accredited Living Wage Employers and signing up to the GM Good Employment Charter. There are now over 200 accredited Living Wage Employers based here, including Salford, Oldham and Manchester councils – see page 2 for more news from the GM Living Wage Campaign, another GMPA project. 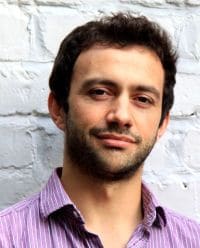 While I am delighted with the progress made in the first year of the Action Plan, there is much more to be done and GMPA remains committed to tackling food poverty and its underlying causes.