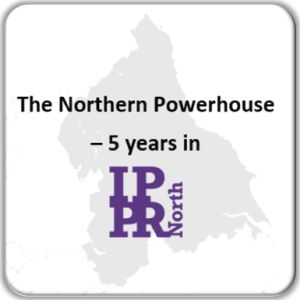 The North of England is rising up the list of priorities for both the government and opposition. Recently, we saw 33 regional newspapers launch the #PowerUpTheNorth campaign, while both Jeremy Corbyn and Boris Johnson have delivered major speeches about the North, in the North.

June saw the fifth anniversary of the Northern Powerhouse Agenda. But looking back, the reality has fallen a long way short of the initial rhetoric. The impact of austerity has been severe and many northerners have suffered as a result – IPPR North analysis found the North saw a £3.6 billion public spending cut from 2009/10 to  2017/18, while spending actually rose by £4.7 billion in the South East and South West.

These cuts, and wider changes to the economy over the period, mean that the number of jobs paying less than the Real Living Wage rose by 150,000, and the number of northern children living in poverty rose by 200,000.

For those of us living in the North, its many strengths are clear: from universities to renewable energy assets on its coasts. Most of all it is clear in the talents, hard work and creativity of its people.

But Westminster is still holding us back and life is getting worse for too many people as a result. The next phase of the Northern Powerhouse must address this.

And that’s why some of the changes that might appear superficial could be the most important in the long term.

Five new metro mayors governing 47 per cent of the North’s population have made their presence felt. Greater Manchester’s Mayor has undoubtedly been a loud voice calling for change and has made it impossible for central government to ignore the region. Transport for the North has brought forward a plan for Northern Powerhouse Rail and more – totalling £70 billion of investment.

These changes cannot make up for austerity and shouldn’t be allowed to obscure the reality of life for many northerners. But the North must seize the opportunities within its grasp, because it cannot afford to wait indefinitely for an alternative government, and austerity could be even more difficult to weather without further devolution.

This agenda remains an important vision of what the North could be; a positive alternative to the ‘North-South divide’ narrative that implicitly writes off the North’s future.  That is why we think the North’s leaders should improve the Northern Powerhouse agenda, rather than cast it aside in favour of some yet-to-be-formulated alternative.

We have already seen the green shoots of this agenda. Osborne’s initial vision was narrowly focused on connecting the cities of Manchester and Leeds to drive productivity. Now — in the policies of Northern leaders and even in the rhetoric of the new Prime Minister —  the focus has shifted: it is starting to encompass northern towns alongside its cities; it is focusing on social infrastructure, not just faster trains; and it is prioritising northerners’ quality of life and work. In practice, the new Mayors have used their limited powers broadly, helping homeless people, developing employment charters and providing discounted transport for young people.

Recently in Manchester, the new Prime Minister’s rhetoric hinted at a shift in focus too. He pointed to inequality between places that are economically successful, and those a ‘few miles away’ where young people feel ‘hopelessness’. There are clear parallels to draw with Theresa May’s infamous ‘burning injustices’ speech. Yet, little action emanated from May’s rhetoric and we await to see what really emanates this time. Given recent experience, northern people are entitled to a healthy scepticism.

If the new Prime Minister is sincere, his first move should end local government austerity. He should then deliver on the devolution he has promised and ensure that all local authorities receive the funding they need to meet the needs of their residents so that the North will never again be forced to deliver Westminster’s austerity.

For the northern children growing up in poverty – their futures blighted by austerity – and for all northerners being held back by Westminster’s failures, it is time to act. It is time for the North to be properly resourced so that our leaders can make policy accountable to its people: a Northern Powerhouse that is truly of the North, for the North and by the North.