By Debbie Abrahams, MP for Oldham East and Saddleworth 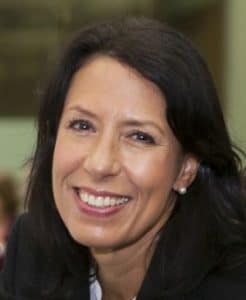 In May, on the 49th anniversary of the Equal Pay Act 1970, the Equality Trust published analysis of the CEO pay ratios, gender pay gaps and gender bonus gaps in FTSE 100 companies revealing the ongoing pay inequality across different sectors[1]. It followed on from the ONS reporting in February of the increase in income inequalities in 2018 as measured by the Gini coefficient (it increased from 31.4 to 32.5).  The average income of the poorest fifth of the population after inflation contracted by 1.6% in the last financial year, while the average income of the richest fifth rose by 4.7%.[2] And ‘Fat Cat Friday’ in January exposed that top executives were earning 133 times more than their average worker. The ratio was 47 in 1998.[3]

Last year’s Equalities and Human Rights Commission report showed that the poorest tenth of households will on average lose about 10% of their income by 2022 – equivalent to £1 in every £8 of net income[4]. This reflects other distributional analyses, for example from the Institute of Fiscal Studies.

The impact of these inequalities on life expectancy, which is now stalling after decades of growth, has not gone unnoticed[6]. For women, the gap is the largest since the 1920s. For older women life expectancy is actually reversing. The data also indicates that deprived areas, where people on low incomes are most likely to live, also have lower life expectancy rates. The analysis shows that whilst the USA and some European countries are seeing this life expectancy slow down, it is worst in the UK. Interestingly, this doesn’t appear to be a developed country phenomenon as Japan, Norway, Sweden, Finland and Denmark have all seen continuing increases in life expectancy.

This stalling in life expectancy has been picked up the actuaries. PriceWaterhouseCoopers estimates that ‘[a] sharp slowdown in the improvement to life expectancy could wipe £310bn from the pension deficits of thousands of UK companies with final salary schemes’, equivalent to a 15% reduction.[7]

And the poverty that more and more of our children are growing up in is having a devastating effect on them with an increase in child mortality and decline in children’s health as a direct result.[9]

None of this is new. Seminal works such as the Health Divide[10] back in 1987 first highlighted this. The Spirit Level[11] ten years ago showed that in societies and communities where the gaps between the rich and poor are narrow, life expectancy, educational attainment, social mobility, trust and more, increases.  In addition, more equal societies see economic benefits as described by the International Monetary Fund[12]. Fairer, more equal societies benefit everyone.

Wilkinson’s and Pickett’s most recent work, The Inner Level[13], examined how more equal societies reduce stress and improve everyone’s wellbeing, unpicking the evidence of the pathophysiological pathways and mechanisms through which inequalities act to affect our health and wellbeing, physical, mental, emotional and more.

Our health and longevity depend on how and where we are able to live, which in turn depends on our financial means. But on top of this, there is an independent and universal effect that reflects our positions in a hierarchy: our ‘class’, status and relative power[14].

But I believe it is the impacts of these inequalities in power that are worthy of greater exploration and analysis. For example, political power includes the states ‘power to’ do many things on behalf of the general population, but given the falling turnout at elections do our citizens feel this political power vested in our politicians is more about ‘power over’ rather than ‘power with’? How can our political and electoral systems ensure more effective involvement of citizens in political life so that the state is bound to the ‘common good’?

There’s more to be done on inequalities in everyday or practical power too. The powerlessness people experience on a daily basis is immense: struggling to access services to get housing repairs done; being on a zero hours contract and not knowing from one week to the next how many hours you may be working and what your income will be; having your social security claim refused or delayed in a way that dehumanises the claimant; or, being in pain and unable to get the timely treatment you need from the doctor. How much control we feel we have over our lives, our self-efficacy or personal power can in turn have an immense impact on our emotional and physical health as we know from, for example, the Whitehall Studies[15].

I became a politician to tackle these inequalities. I believe we need action at all levels to address them. At a national level, I am hopeful that the recently launched Deaton Inquiry into inequalities will look at the power inequalities I have described, including their inter-relationship between each other. Similarly, the work of the APPG for Health in All Policies which I chair, is currently examining the health impacts of the 2016 Welfare Reform and Work Act, particularly on children and disabled people.

At a Greater Manchester level, I am delighted that the GM Mayor, Andy Burnham, will soon be launching a GM Fairness Commission. And in Oldham, as we review the progress from the Oldham Fairness Commission, we will be also looking at how we can work differently across all sectors, tackling the inequalities in practical power too many of our citizens experience.