Poverty Truth Commissions (PTC) are built on a principle of collective and participatory decision-making to tackle poverty, in which people with lived experience of poverty build relationships with those in positions of influence. Working together, they co-create meaningful and longer-term solutions and change.

GMPA has supported many of the six Poverty Truth Commissions in Greater Manchester that have either been completed, are taking place, or are being set up. In particular we are taking the lead on the Poverty Truth Commission in Tameside, which is in its early stages and not yet publicly launched. We are pleased to introduce Beatrice Smith who has joined the GMPA team to start recruiting commissioners, seek funding, and help launch the Commission next year. 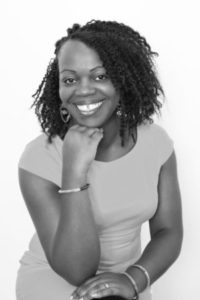 Beatrice was born in Rwanda and grew up there until the genocide of 1994 forced her and her family to flee to the UK. She spent her teenage years in London and moved to Manchester in 2002 to study at University. On graduating, she spent nearly a decade working as a policy coordinator for the DWP until 2015.

Since then, Beatrice has worked to help build a network of grassroots projects and charities within Manchester and Tameside, where she lives.

Beatrice is passionate about social justice and in April 2020, she came on board as a Facilitator for the Tameside Poverty Truth Commission.

West Cheshire has just completed its second Poverty Truth Commission (WCPTC2) and published its evaluation, showing the material impact that PTCs can have, including:

Using a Social Return on Investment (SROI) methodology, it is estimated that for each £1 spent on WCPTC2, there was a return of £9.17 (which almost doubles to £18.51 once the changes made to a single social housing provider are rolled out further).