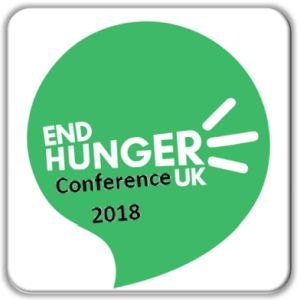 On World Food Day 2018, the End Hunger UK campaign convened its second annual conference in Westminster to discuss the growing movement around household food insecurity in the UK. A broad coalition of food aid providers, think tanks, faith leaders, researchers, local authorities, artists and diverse experts by experience, End Hunger represents a national effort to galvanise public and policy attention to evidently large numbers of people struggling to afford adequate food. We don’t know how large; one panel discussed the ongoing Bill to measure food insecurity nationally via the ONS Living Costs and Food Survey. It is hoped such monitoring would give a more robust sense of the scale and severity of UK food poverty, to be tracked against changes including Universal Credit rollout and Brexit.

Power of stories and frames

A key theme of the day, however, was the power of stories and images over stats in capturing public and policy attention to food poverty, its causes and solutions. A collaborative photo exhibition, ‘Behind Closed Doors’, has toured the UK with portraits and research into experiences of food insecurity, some displayed at the conference and ending in the House of Commons. We heard young poets recite moving submissions to a recent poetry competition. The Food Foundation are collecting submissions of lived experiences towards their Children’s Future Food Inquiry, while the Independent Food Aid Network (IFAN) aim to build an online Story Bank of lived experiences of food insecurity.

A panel led by Church Action on Poverty reported research by JRF and the FrameWorks Institute into effective ways to shift public discourse about poverty. Countering individualising, blame-and-shame accounts requires keying into commonly-held beliefs about the injustice of poverty and government’s responsibility to protect against it, using well-chosen examples and stories rather than relying on numbers alone.

Coordinated by Sustain’s Food Power programme, partnership structures such as the Greater Manchester Food Poverty Alliance have been forming around the UK to ask how food poverty might be addressed at local and regional levels. The End Hunger UK gathering therefore required us to think about scales of responsibility for preventing poverty. I heard discussions about how local networks of food banks might better share their food supplies as demand increases. It was encouraging to hear food bank leaders discuss exit strategies over the next few years, and we must help them to realise these goals as my research shows how difficult this has been in the US and Canada

Some alliances expressed frustration at local authorities producing poverty strategies yet lacking any funds to turn aims into actions. Public health workers have conducted needs assessments and written proposals that end up ignored by senior colleagues. Yet, affecting national government and company policies that affect benefit and wage levels felt too tough a goal for many of the local alliances I spoke to. End Hunger UK, then, provides one lens through which to target a palpable collective anger. Another potential shared voice was offered by the school students of Blackburn and Darwen who have been organising as part of Food Power’s efforts to involve experts by experience in campaigning. The girls, who shared their stories for a short film, are launching a campaign Darwen Gets Hangry, which they hope will encourage others to turn their own experiences of shame and guilt about being food-poor- or ‘hangry’- into something collective and targeted that can spread to other parts of the UK. 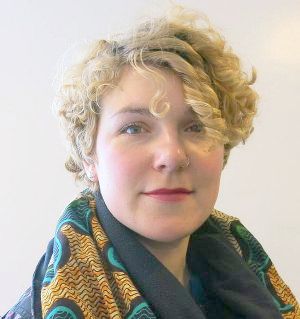 The girls shared a panel with a group of asylum seekers from Luton who are also part of End Hunger UK, who formed a growing group after seeking Red Cross food parcels and now cook their produce as community meals. One lady, still seeking asylum after 16 years, told us she understands why some of the families she meets spend their money on drugs, even before food; they don’t have enough love, she said, or motivation and opportunities. Her expression of shared purpose with the Darwen girls to counter government indifference, gave a hopeful sense that the divisive forces of Brexit and far-right populism might be countered by intersectional
struggles of solidarity against the erosion of public entitlements and the human right to decent food.

This is an abridged version of an article that Charlie wrote for the Realising Just Cities blog – you can see the full version here.