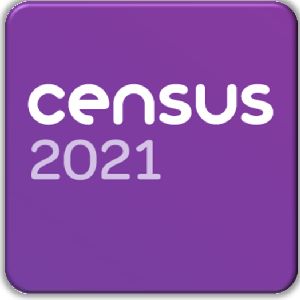 Be a part of Census 2021: March 21st 2021
Information provided by the Office for National Statistics

What is the census and why does it matter?

The census is a survey that happens every 10 years and gives us a picture of all the people and households in England and Wales. Census completion is mandatory.

The census is unique. There’s simply nothing else that gives so much detail about us and the society we live in. It tells us what our needs are now, and what they’re likely to be in the future. It also gives a snapshot of how we live, for future generations to look back on.

Knowing what your community’s needs are helps organisations like councils plan and fund public services in your area and across England and Wales. Information you give informs where billions of pounds of funding is spent on things like transport, education and health.

Charities and voluntary organisations often use it as evidence to get funding. It helps businesses to understand us as customers and, for example, decide where to open new shops. Plus, those doing research, like university students and people looking into their family history, use the information.

Without the census – and without people in your community telling us about their household and home – it would be much more difficult to do this. That’s why it’s so important everyone takes part.

Who runs the census?

The census in England and Wales is run by the Office for National Statistics (ONS). The ONS is the UK’s largest independent producer of official statistics. Their main responsibilities are collecting, analysing and sharing statistics about the UK’s economy and society, as well as organising the census.

The ONS and the statistics they generate are independent from government. Although they report to the UK’s Parliament, their work is protected from political interference. You can read more about the ONS here.