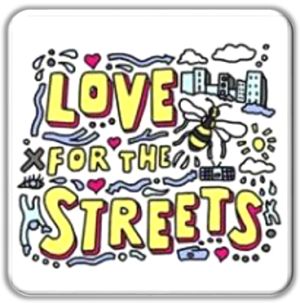 Walking around the streets of central Manchester over the last five years, it has been impossible to not notice the ever-growing number of people sleeping on the streets. Equally distressing is the amount of people walking past, nonchalant and not even engaging in eye contact with anyone sleeping rough. An invisible but almost tangible barrier separates walkers from sitters, creating social divides between the housed and the homeless.

This also used to be me; a white middle class girl brought up in London, I was almost ashamed to talk to homeless people, afraid that I represented everything in the system that had failed them. But after moving to Manchester and witnessing the devastating impacts of slashes to social services and housing, I found this division unbearable. There are a few regulars who sit outside a local Sainsbury’s, and I began to introduce myself, ask their names and have a chat. These chats would sometimes last half an hour or so, getting deep into conversations about social inequality and the state of current affairs, or laughing about shared interests. I came away from every chat wondering why I’d taken so long to initiate that conversation, as it led to a connection which we both enjoyed. I realised there was probably a huge student body who had the same inclinations but felt as awkward as I first had.

Following these interactions, I attended a talk called ‘Honest Discussions About Homelessness’ which featured speakers from a variety of homeless charities in Manchester, namely the Big Change Society, Barnabas and Street Support. I was inspired by this conference and introduced myself to the curator, a chemical engineering student called Jonah. We shared a passion to fight social injustice and we both had a desire to change the stigma around homelessness, particularly around students’ participation and interaction with homeless issues.

It’s easy to assume that it will ‘never be me’; an assumption which many people at university can afford to have, as we all know it’s no cheap privilege. However it is the senseless dehumanisation of homeless people which is excruciating: the ability for some to ignore another person and degrade their basic human needs

A frenzied conversation with Jonah led to planning a campaign to encourage students and young people to engage with issues about homelessness at a deeper, more compassionate level, thus the concept of ‘Love for the Streets’ was born. We wanted to bridge the gap between young peoples’ love for partying with a desire to make a meaningful social impact, and sought to facilitate a deeper network between students and homeless charities. Hence two main tenants of the campaign emerged: events to establish the LFTS brand as a reputably fun night amongst young people, which would also raise revenue through ticket sales; and secondly events which facilitate conversation about the prevalent issue. This would be in the style of conferences, discussions and talks highlighting the issues local charities face to empower youth action and make information about volunteering more accessible.

Following my conversation with Jonah, I joined the University of Manchester Big Change Society, and began volunteering at Barnabas’ drop-in breakfast centre. I was amazed at how easy this process was, and I went from an intrigued student who felt helpless in the face of such a huge problem, to a regular volunteer at a centre which provides support and basic necessities to people in dire situations. I have now graduated, and have returned to Manchester to ensure this campaign grows and delivers its goal of ensuring like-minded individuals can access volunteering services and make a change they deem meaningful. The response to this campaign has been unprecedented – we now have a team of over 40 people who are willing to contribute their time to this cause, and we have a executive team working tirelessly to ensure we deliver promises to local charities. Essentially, we want young people to immerse themselves in charity endeavours and to break down those barriers which separate ‘us’ and ‘them’, and  challenge the presumption that this issue is too large for individuals to make a difference. 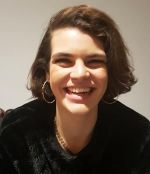 The collective student population of Manchester is roughly 100,000 people, so even if we could encourage just 1% of these to participate in volunteering services, this would increase the number by at least a thousand engaged and passionate individuals supporting charities – there is a huge potential for a very significant impact here which Love for the Streets aims to tap into to help end homelessness in Manchester!