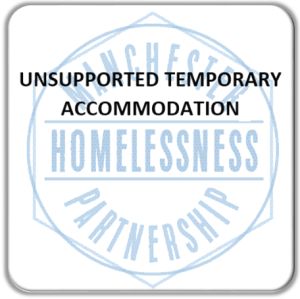 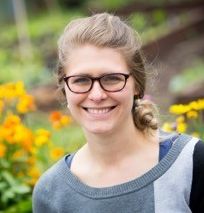 To put this into context, Justlife has been conducting research with the Institute for Public Policy Research (IPPR) North since 2013 into how living in unsupported temporary accommodation (UTA) (B&Bs, private hostels, lodges, short stay HMOs) affects the health and wellbeing of its residents (Not Home (Dec 2014), Nowhere Fast (Jan 2016), The Journey Home (Dec 2016)). We discovered that up to this point there was very little information on UTA nationally. Shelter published the last full report in 1997.

Our research uncovered a pretty bleak reality. UTA is the accommodation where homeless households end up as a last resort. Sometimes they are placed by local authority teams such as adult social care, housing, mental health teams, sometimes by other charities, through hospital discharge or prison housing services and sometimes individuals self-refer. Often, individuals are caught in a continuous cycle of rough sleeping and living in UTA. We discovered that when individuals enter into this accommodation it is often for an unknown and unspecified amount of time. There is over a 50% chance that they will not have a working lock on their door, most will share filthy, squalid bathroom facilities, which are often out of order. Many will have windows that don’t close, most will not be provided with bedding. They will feel intimidated and harassed by other residents and in some cases by the management and they will find illegal money lending and drug dealing on the premises are common. The prognosis for those entering UTA is that they are likely to experience deteriorating mental and physical health, increased anxiety, higher drug and alcohol use, increased social isolation and an increased risk of premature death.

It is important to remember through all of this, that UTA is temporary, insecure and substandard accommodation. Those living in these places are not tenants, have very few rights and certainly do not regard these UTAs as their ‘home.’ Some have told us they would prefer living on the streets. Yet, because of the combination of lack of housing and a population of single homeless households who typically do not qualify for official housing support, many have no other option but to end up in this substandard temporary accommodation.

Manchester’s B&B Action Group has come together to address the challenges posed by UTA on the hidden homeless population within it. Central to the work we are doing is not simply discovering more about the issue itself i.e. how many are there in Manchester? where are they? what conditions are they in? what can we do to improve referrals and support of residents? but the equal inclusion of those with lived experience in this process. Some of our outcomes are already surprising, the most interesting of which has been the residents challenging us to include landlords in this process. We had originally avoided the inclusion of landlords to protect the residents involved, however residents told us that we would not create lasting change if we do not include them. As a result, our next action group meeting will include landlords as we discuss the beginning of a forum for B&B landlords.

Ultimately, the need for and use of B&Bs is a deep-seated systemic issue and it will take time, commitment and continued hope for something better to influence lasting change. We believe we have potential to create this change in Manchester because we have relevant individuals from across sectors coming together to create and test solutions to this complex problem. Change may not be immediate but it is coming. Manchester’s Homelessness Charter and all involved are making this seem possible.