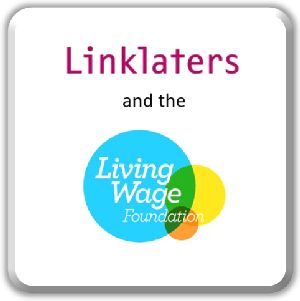 By Matthew Sparkes, Head of Sustainability at Linklaters

Linklaters is a global corporate law firm with 5,000 people working in 31 offices across the globe. Half of our people work in the UK, either in the London head office or in a support office in Colchester, Essex. On top of the direct workforce, key suppliers to the firm – in security, catering, front of house, cleaning and so on – employ a further 300 people indirectly across both sites.

The Real Living Wage has become something of which Linklaters has become hugely proud and even a little evangelical. We started paying in 2009 and joined the movement – run by Citizens UK – as a Principle Partner in 2011. That reflects the very real passion we have for paying the Real Living Wage, not only because it is the right thing to do but also because we have seen some tangible benefits. These include the impacts on job satisfaction (higher), willingness to be flexible (much higher) and staff turnover (much lower). Many of those we indirectly employ have been with us for 5 or 10 years plus and genuinely feel recognised and rewarded as equals. This matters as those benefitting are often those individuals that visitors first meet on entering the building and the warmth of that welcome is something of which we are rightly proud.

Alongside the Real Living Wage, we also provide access to the staff restaurant, gym and other ‘perks’ equally to both directly and indirectly employed staff. We also promote the local credit union so that as well as access to a fair wage, anyone can access fair borrowing and saving. This all creates an important sense of equality across the firm no matter whether directly or indirectly employed. That was demonstrated by the way we treated indirect staff so carefully during lockdown with no furlough and all roles retained. The Real Living Wage has brought to life a culture of respect and a real sense of collegiality no matter what role is performed. 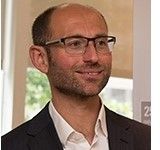 We now see the Real Living Wage as indicative of the firm we aspire to be. We are supporting the movement in Hong Kong, the US and Ireland, underlining our belief in its importance and our role in advocating in its adoption by City firms like ours. As a very successful business, it is hard to justify not sharing the rewards fairly and there’s no reason why that should only apply in the UK. Wherever you are, we believe that the benefits are clear, and I would urge anyone considering adopting the Real Living Wage to take that first step and join a movement that will bring advantage to your business as well as life-changing improvements to those who need it most.