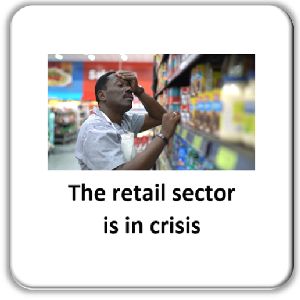 We need a new deal for workers

The new Real Living Wage rate announced this week reflects the struggles that workers on low pay are facing to afford what they and their families need, amidst a cost-of-living crisis, and cuts to household incomes. In-work poverty is increasingly a reality for workers in low-pay sectors such as retail, but as USDAW General Secretary outlines, a new deal for workers, including a rise in the government’s National Minimum Wage, could immediately improve the lives of so many.

The retail sector is in crisis. The most recent figures show that we are experiencing the longest continuous drop in retail sales since records began in 1996. With Christmas trading just around the corner, the Government needs to urgently deliver a retail recovery plan.

This plan must go beyond supporting business and local government and focus on the people who work in shops, warehouse and distribution settings. This will help businesses recruit and retain staff and at the same time ensure staff are appropriately rewarded for the important work they do. If we want retail to prosper, we need to make sure that retail jobs are good jobs.

In this context, it is unsurprising that many retail workers are struggling to make ends meet. Usdaw has recently surveyed over 2,500 low paid workers on their experiences of low pay and insecure work. The results of this survey show that:

This is not sustainable, especially when so many retail workers have been at the forefront of our response to the Coronavirus pandemic and kept our country going through challenging times. Now, everyone understands the important role retail workers play.

We need the Government to introduce a new deal for workers, to tackle in-work poverty. Usdaw is calling for:

It is time for the Government, employers and the public to recognise that retail workers have been undervalued for too long. They deserve a new deal. The provisions that Usdaw are calling for will lead to a substantial improvement in life experience for millions of workers across the economy and will help tackle the growing scandal of in-work poverty that blights our country.