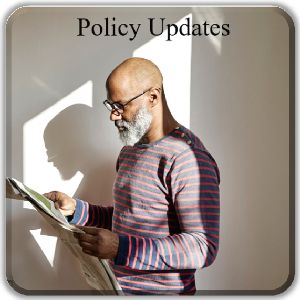 Ending the need for foodbanks

The Times this weekend covered the growing food insecurity across the country, describing food banks as the “nations newest emergency service.” At GMPA we understand that foodbanks play an important role but charitable donations are not a sustainable response to the widespread and rising poverty we see.

At GMPA we believe that the most effective response to poverty is getting more money into people’s pockets. We advocate for a “cash-first” approach to local welfare, and an “advice first” approach to other support services. We are currently working on co-producing Money Advice Referral Tools in six of boroughs in Greater Manchester. The tools will describe all the places that people can go for advice and other income maximisation support.

GMPA recently responded to the Ending the Need for Foodbanks All Party Parliamentary Group (APPG) Inquiry into ‘Cash or food? Exploring effective responses to destitution’. We will share our response in due course.

Rise of the number of pensioners in absolute poverty

Data from the Institute for Fiscal Studies shows that if you are over sixty-five there is now a one in four chance you are living in absolute poverty. The research analyses how household incomes and income poverty rates have been affected by the increase in the state pension age from 65 to 66 for men and from 60 to 66 for women.

Raising the state pension age has left many who rely on benefits poorer. Across Greater Manchester more than £100m in benefits goes unclaimed each year including approximately £70m in unclaimed Pension Credit  – it is so important for everyone to check if there are benefits they may be entitled to.

At GMPA we work with local authorities to maximise the effectiveness of local welfare assistance schemes and support the development and design of anti-poverty strategies. It is great to see that Durham County Council plans to  “change political will” on poverty by directly lobbying the government and also setting out plans to refresh and refocus their anti-poverty action plan.

Here are a several more recent reports that shed more light on the realities of the cost-of-living crisis.

Going without – The Joseph Roundtree Foundation’s latest report “Not heating, eating or meeting bills: managing a cost of living crisis on a low income” examines the worst-off 40% of households and shows that, “7 million low-income households have either gone without, enough food in the previous 30 days, or gone without at least one essential such as a warm enough home or basic toiletries because they can’t afford it, since the start of 2022.”

The broken benefit cap – Analysis from Child Poverty Action Group  (CPAG) has shown that 35,000 more families will face the benefit cap next year – with DWP figures showing that more than 120,000 households were subject to the cap in February 2022. When inflation rose to 9% these families faced a real-terms income cut of £1,800 (£2070 in London) including losing the £20 a week universal credit uplift.

We hope you found this roundup useful. The cost-of-living crisis is hitting those on low incomes the hardest and it is vital organisations working to prevent and reduce poverty continue to highlight the injustices along with lobbying government for change and campaigning locally.