Please note this page was updated in May 2021. 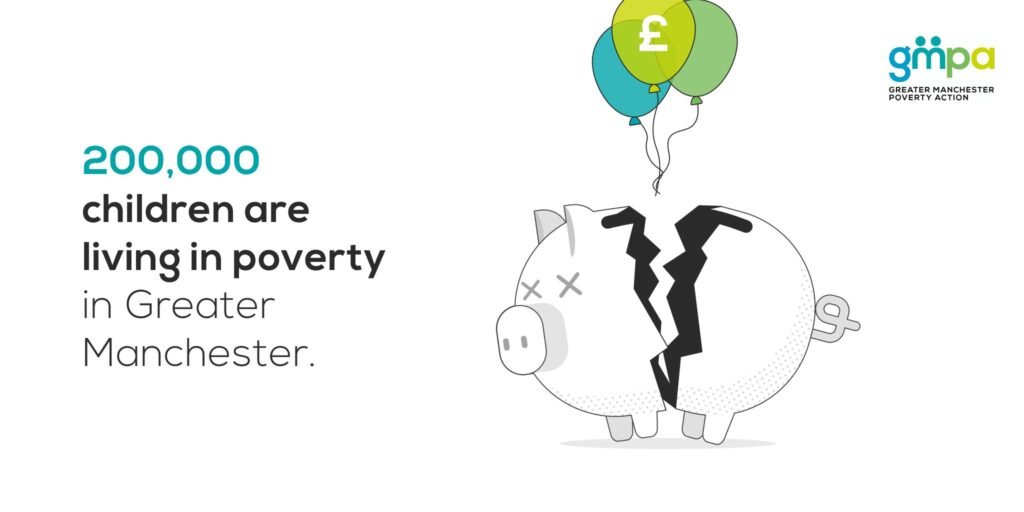 This table shows the percentage of children in households with an income 60% below the median (the main measure of poverty used in the UK) after housing costs, by Local Authority in Greater Manchester from 2014/15 to 2019/20. This data is based on End Child Poverty analysis of DWP calculations of poverty (hence the difference between this data and data shown in the map below). The data shows that the proportion of children in low-income households has increased across all but one (Trafford) of Greater Manchester boroughs over this period, with considerable variation across the conurbation.

Percentage of children living in poverty by ward

The importance of understanding the intersection between poverty and certain characteristics has been reinforced by the COVD-19 pandemic, which has disproportionately affected low-income households from certain backgrounds. There is limited data on poverty by ethnicity at a local level. GMPA has ranked ward level child poverty data against the proportion of people identifying as BAME in census data. This analysis suggests a correlation in Greater Manchester between the ethnic make of an area and the level of poverty. Areas with the highest BAME populations in Greater Manchester have the highest levels of child poverty. Fifteen out of the twenty wards with the largest BAME populations in the city region have a child poverty rate of over 50%.