Poverty is a major problem across the UK. In 2019/20 14.5 million people were living below the poverty line – made up of 8.1 million working-age adults, 4.3 million children and 2.1 million pensioners.

For those of us working locally, it can be useful to look at national poverty data, particularly trend data, to understand what is happening to poverty over time. Many of the national trends (poverty by family type, work status etc…) are likely to be replicated in Greater Manchester. Using national poverty data, this page presents a selection of information about levels and trends in poverty in the UK. With the exception of chart 8, the charts on this page use data from the Household Below Average Income data series.

Chart 1: Poverty rate for all people, children, working-age adults and pensioners over time 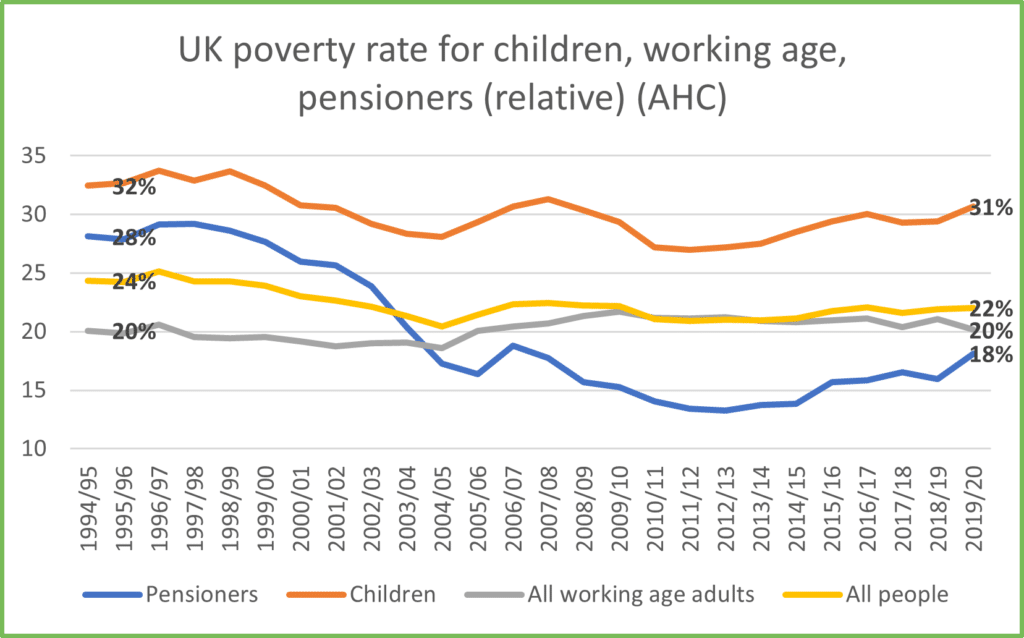 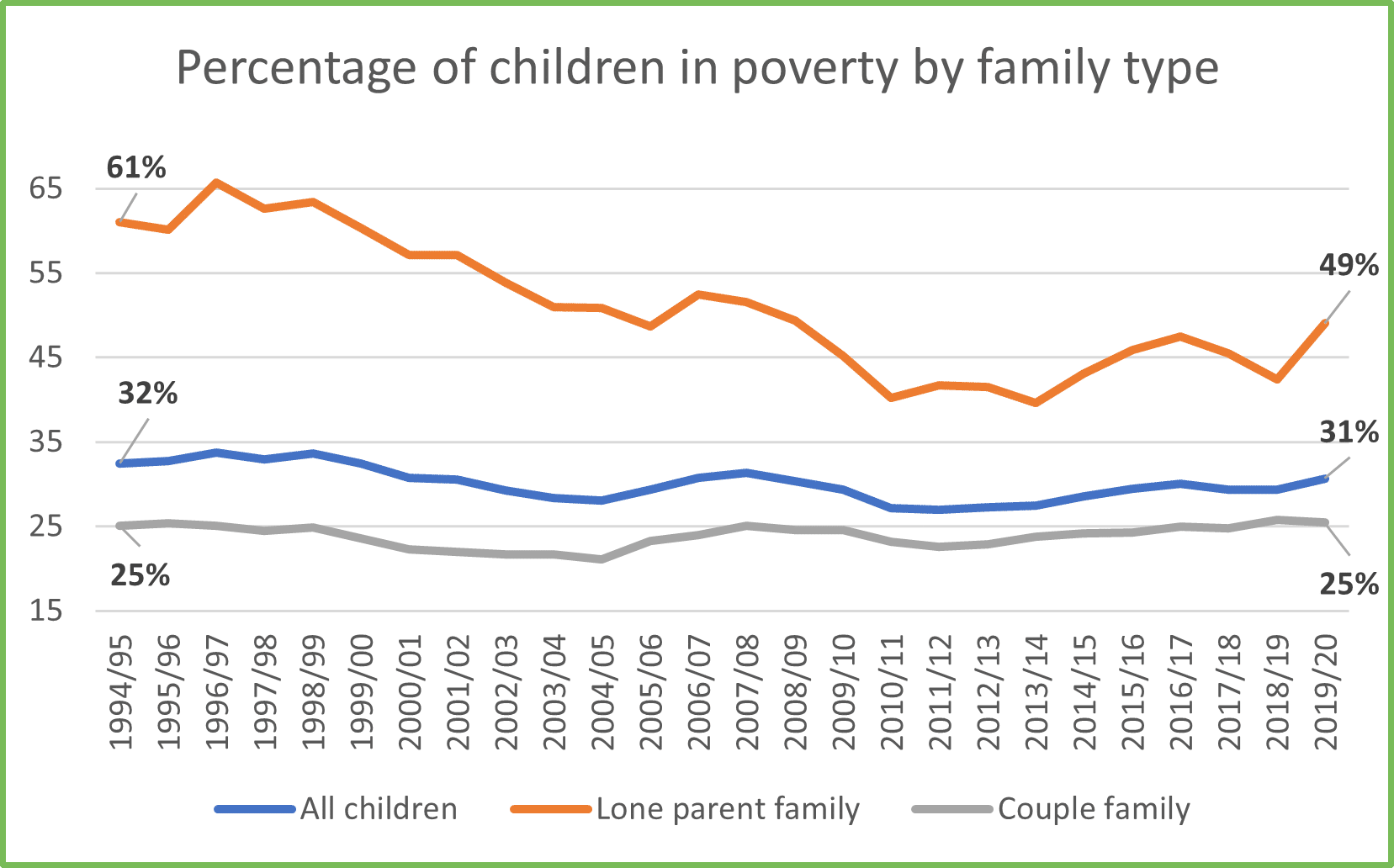 Chart 3: Poverty rate by disability in the household over time 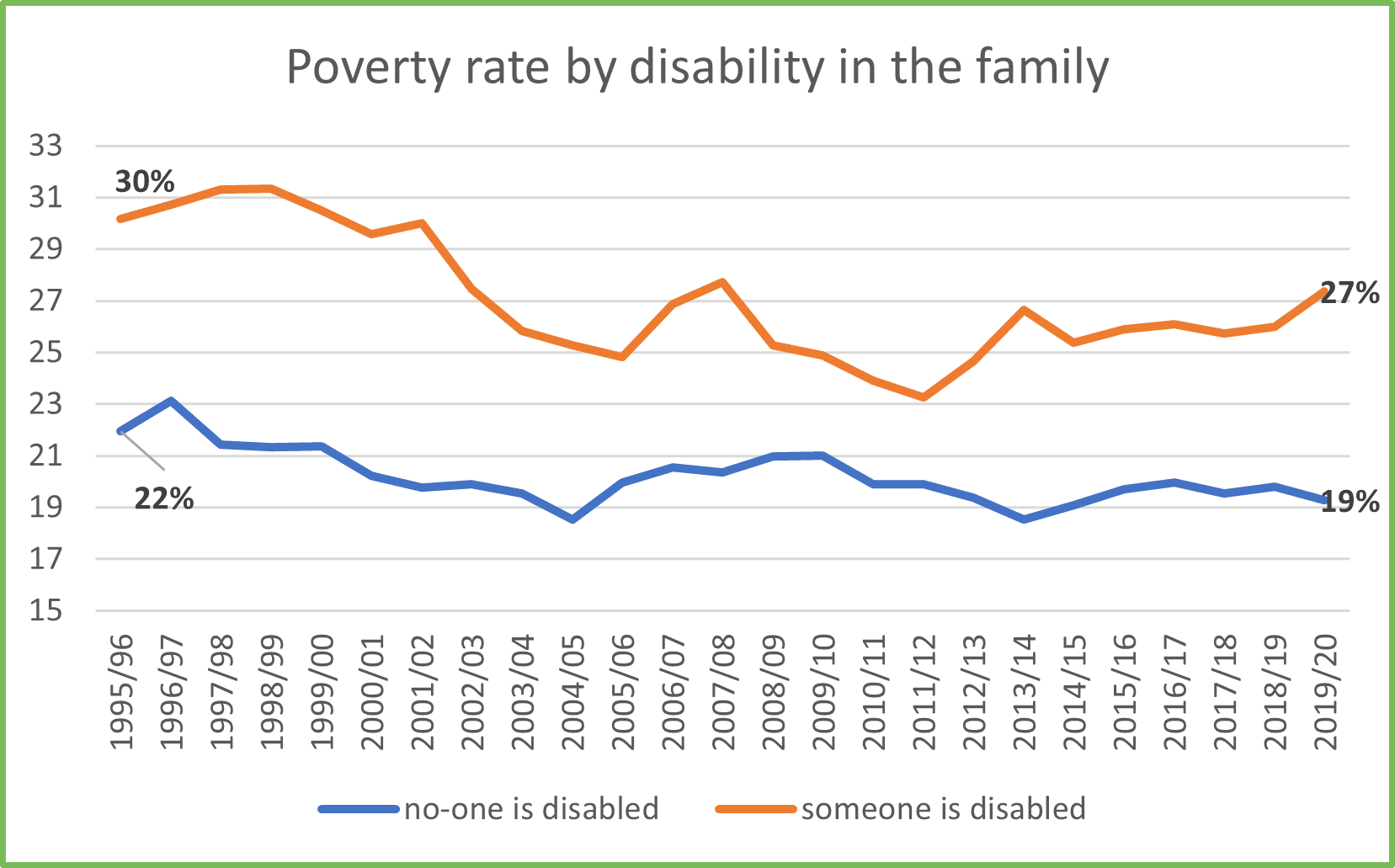 Chart 4: Poverty rate by number of children in the family over time 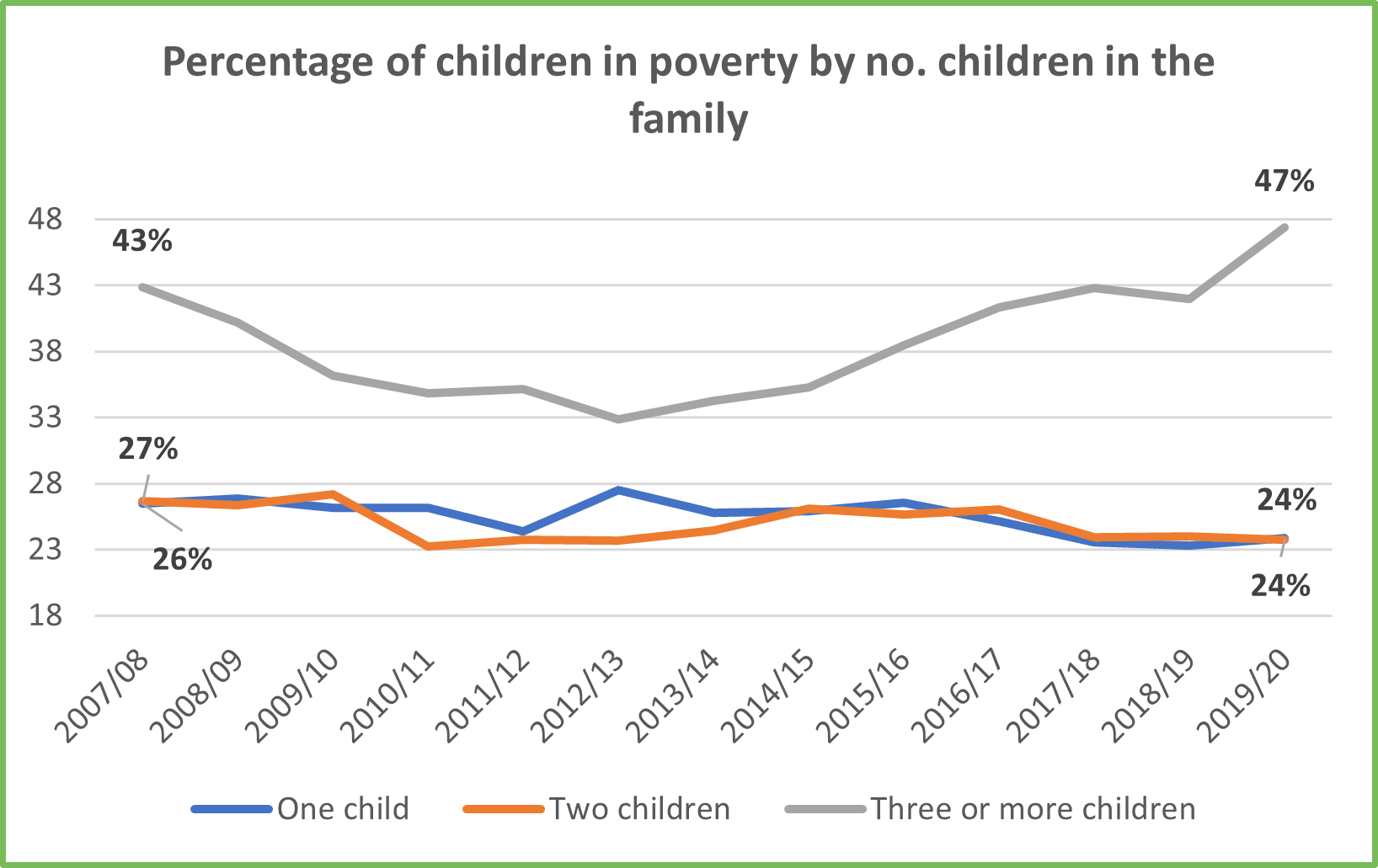 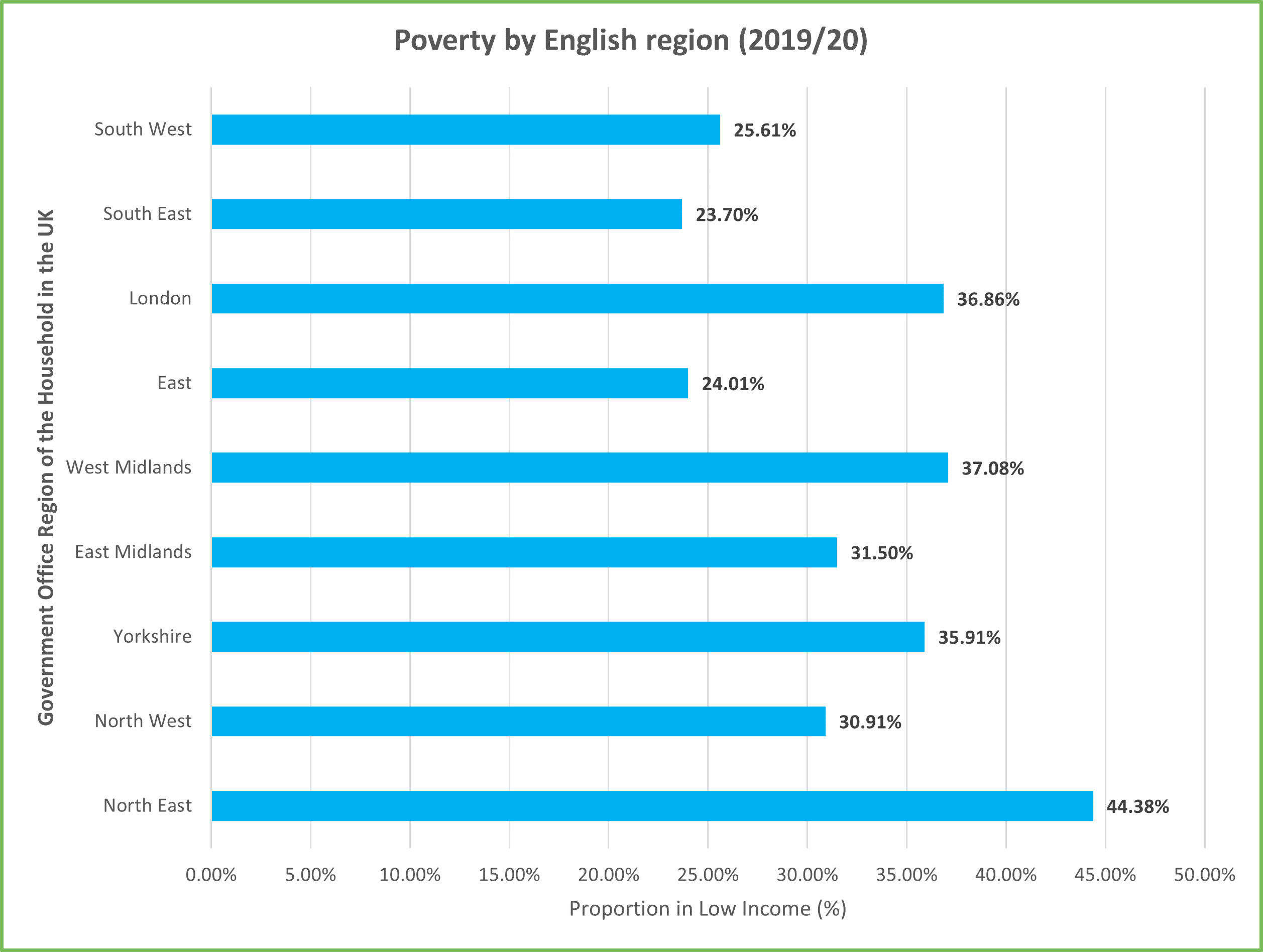 All regions of England have a significant number of people living in poverty, with the North-East experiencing the highest rate. London, West Midlands and Yorkshire have similarly high rates of poverty. Nearly a third of people are living in poverty in the North-West and East Midlands The southern regions and the East of England have the lowest levels of poverty within England. 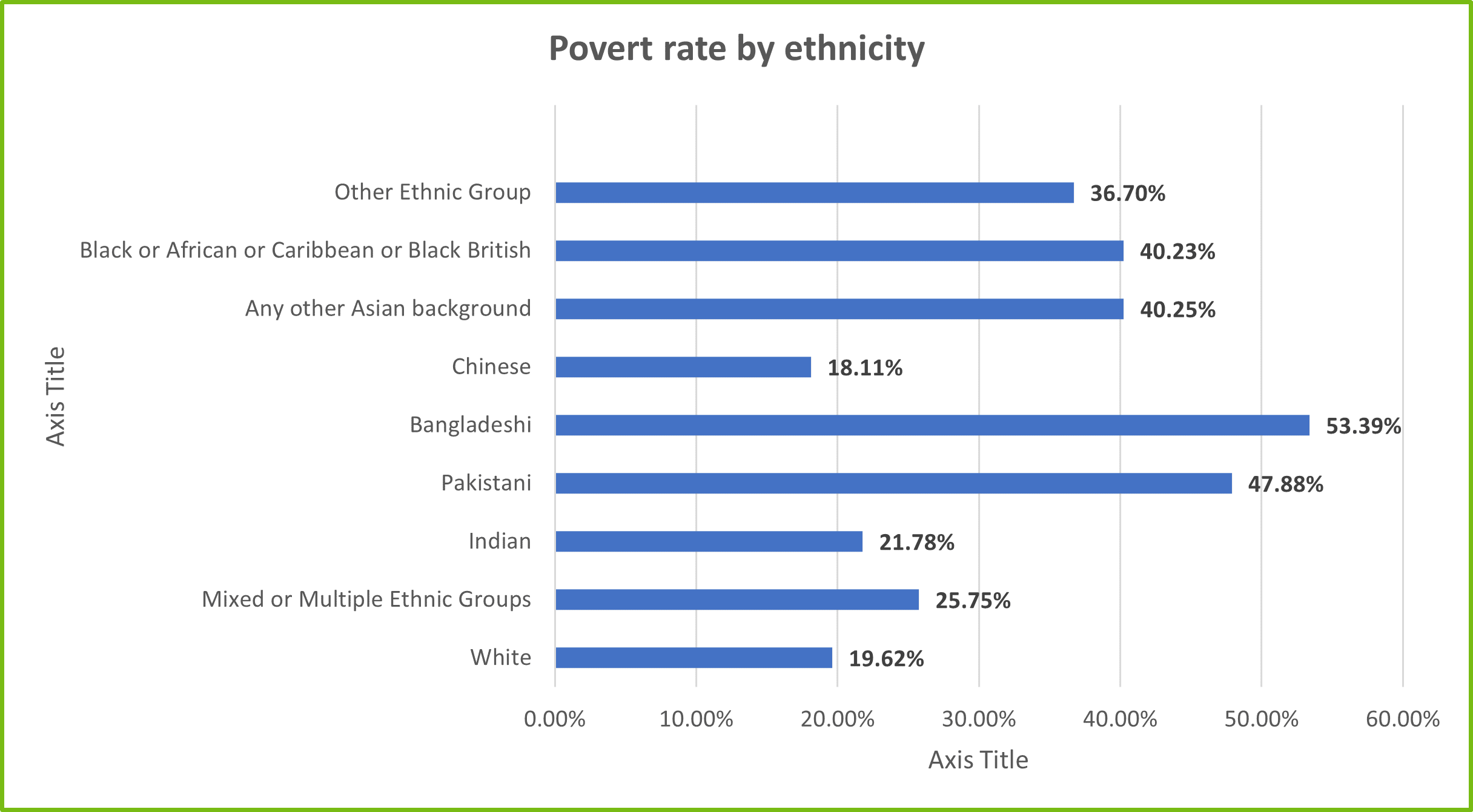 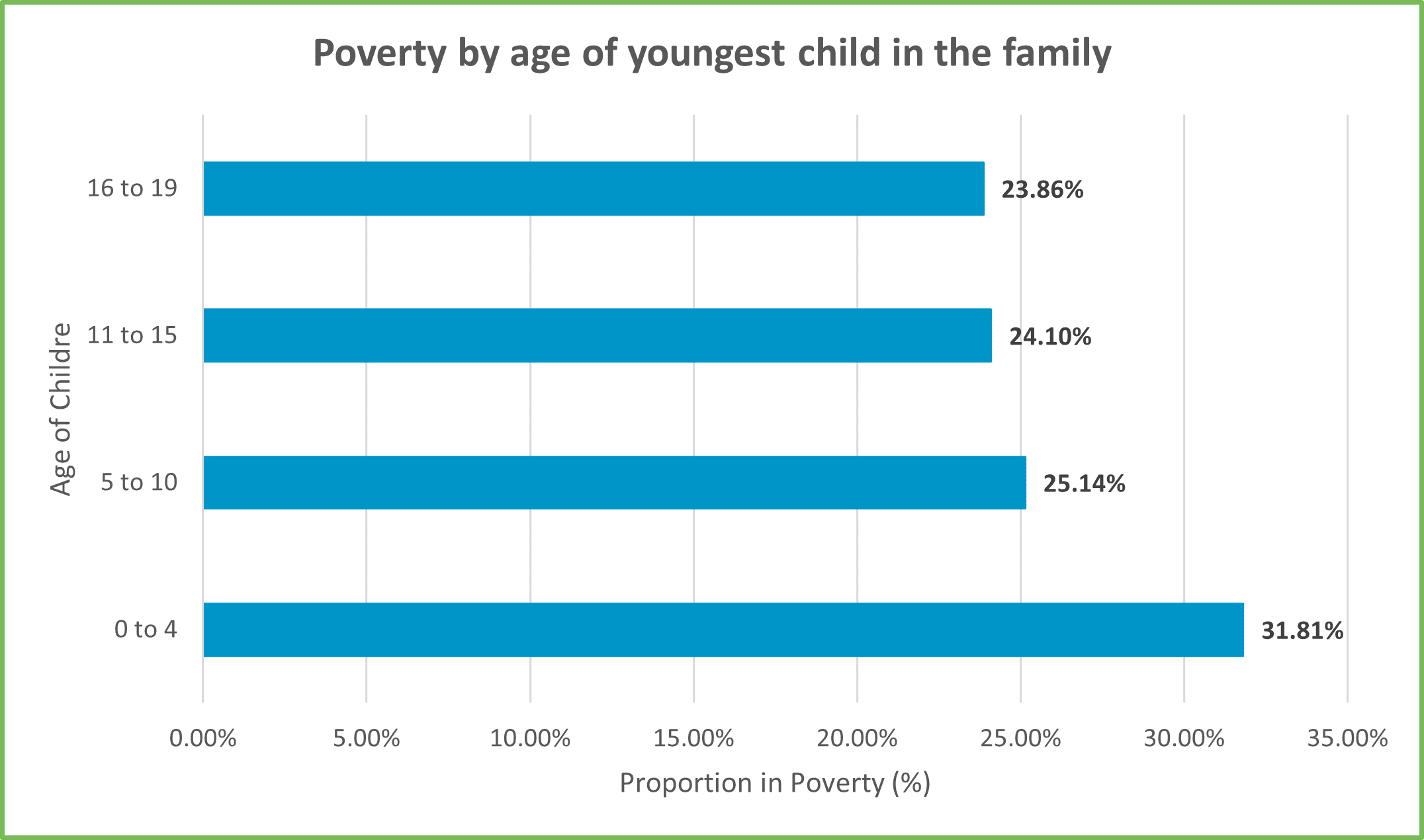 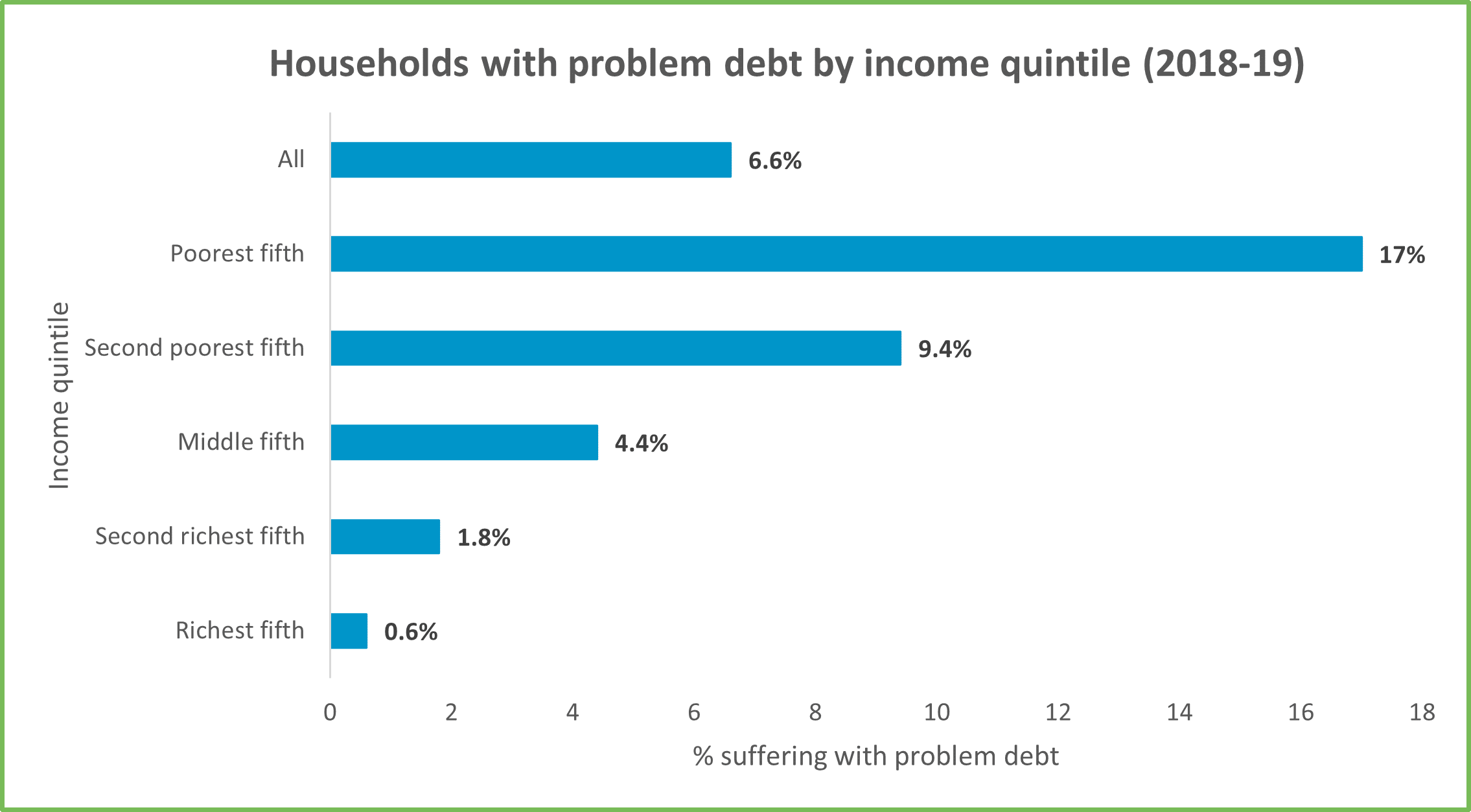 This chart shows that problem debt is a much more serious problem for low income households. In 2018/19, 17% of the poorest fifth of households were experiencing problem debt and behind on their bills.

NB: The source for this chart is: https://www.gov.uk/government/statistics/family-resources-survey-financial-year-201819

Chart 9: Composition of working-age poverty by household work status in 2019/20 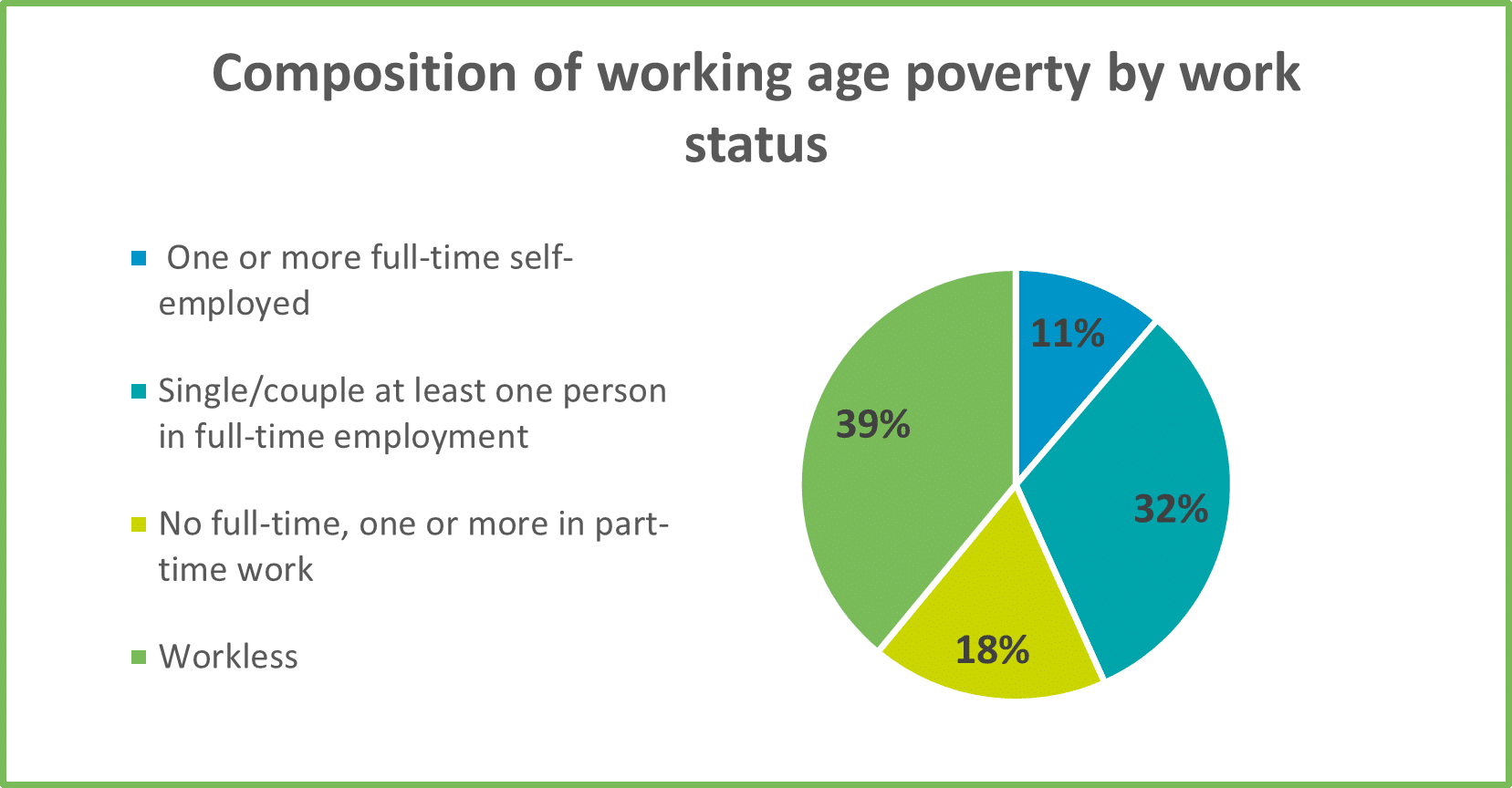 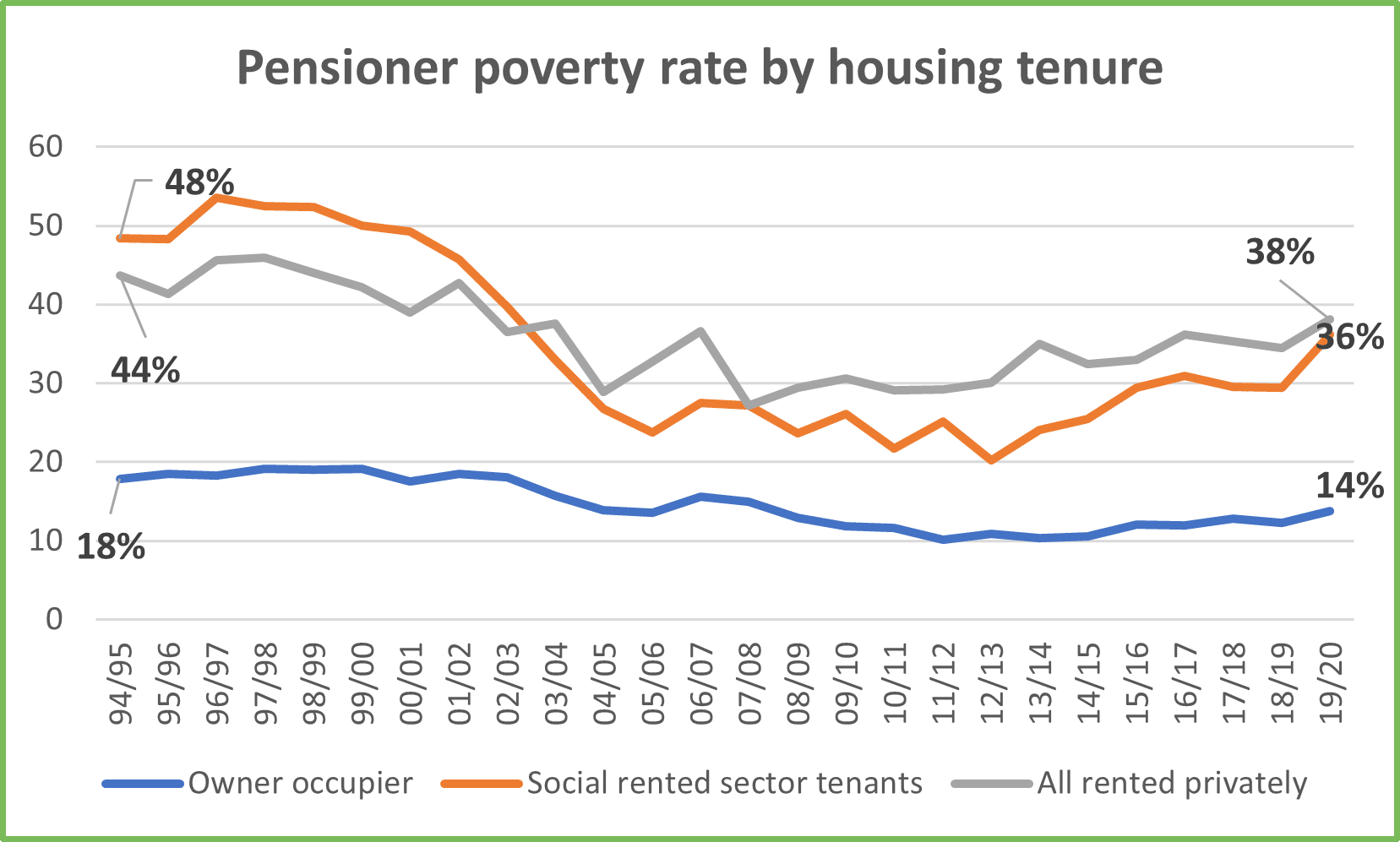 Pensioner poverty varies considerably by housing tenure. Whilst pensioner poverty was lower in 2019/20 for all groups shown in the chart compared to the mid-1990s, it has been on the increase for pensioners living in socially and privately rented accommodation in recent years. In contrast, pensioner poverty for owner occupiers remains low.

With the exception of chart 8, the charts on this page use data from the Household Below Average Income data series. This provides national poverty statistics for the UK and was most recently published in March 2021 for the period up to 2019/20 (i.e. the period immediately prior to the COVID-19 pandemic). The figures shown on this page are for poverty measured as those households with incomes below 60% of median income (the main measure of poverty) measured after housing costs have been taken into account.