The Poverty Premium in Greater Manchester

Known as the ‘poverty premium’, it has long been understood that low income households in the UK face higher costs for certain items. GMPA’s research, published in November 2018, shows that low income households in Greater Manchester could be paying more than £1000 over the odds for everyday goods and services compared to those on middle and higher incomes. You can download the report here 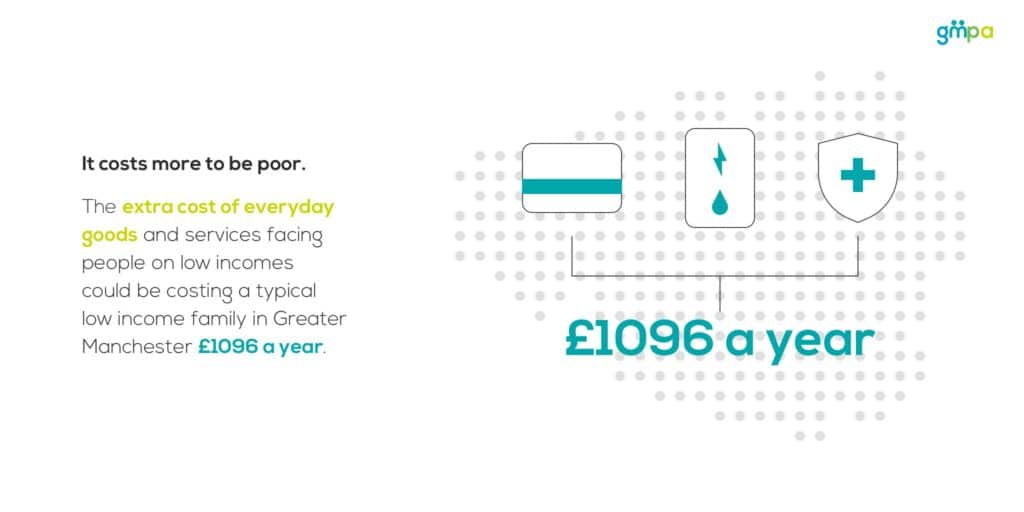 The extra costs are partly the result of variations in costs between different payment methods (e.g. people on low incomes are more likely to pay for energy through a prepayment meter), because people on low incomes are less able to buy in bulk or because of an inbuilt disadvantage within a marketplace (e.g. higher insurance premiums for people living in deprived areas).

GMPA’s poverty premium table shows how the extra costs can mount up.

Table 1: An illustration of the poverty premium in Greater Manchester (2018) 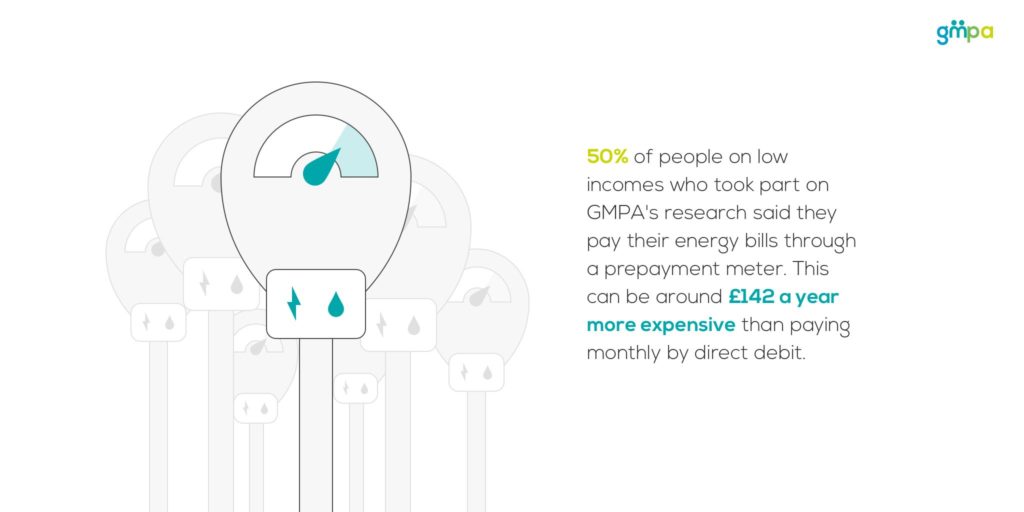 Greater Manchester Poverty Action also considered other areas of spending, not captured in the poverty premium table, where low income households could be facing extra costs. GMPA found that people shopping at local convenience stores in deprived parts of Greater Manchester could be paying 36% more for food and household items compared to shopping at a large supermarket. 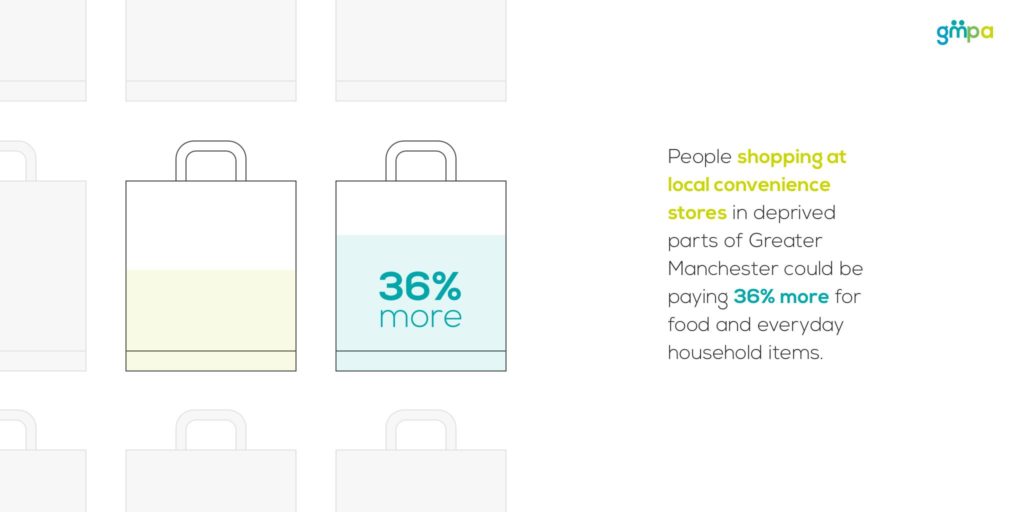 GMPA’s report, The Poverty Premium in Greater Manchester, can be downloaded here. The report details the research findings and argues that steps should be taken locally to help address the poverty premium. Initially GMPA wants to see:

To support GMPA’s work in this area we invited people from across our network to contribute articles looking at how certain aspects of the poverty premium can be addressed. We want this to act as a resource for decision makers looking to end the poverty rip-off facing low income households.

The role of food pantries in addressing the poverty premium – Laura Jones, Church Action on Poverty

The Poverty Premium – Response to APPG on Poverty Inquiry.

You can also read GMPA’s response to the All Party Parliamentary Group on Poverty Inquiry: Poverty Premium and Business Toolkit here