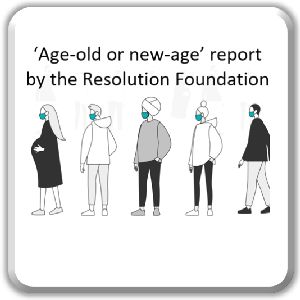 A new report by the Resolution Foundation

The proportion of young adults claiming income-related benefits increased from 9% to 15% during the Covid crisis – a larger increase than any other age group. This was part of the overall increase in claimants, highlighting the vital role that Universal Credit – including the £20 ‘uplift’ – has played during the pandemic, according to new research published by the Resolution Foundation in late August.

The report – Age-old or new-age – funded by the Nuffield Foundation, examines the shifts in the number of people receiving benefits during the crisis, and how this varied for different age-groups. There was a staggering surge in UC claims, with 1.3 million more families receiving the benefit in the first three months of the pandemic and a further 600,000 since then.

As a result, the total number of families receiving a working-age income-related benefit rose by 1.4 million in the space of 12 months to 7.5 million in February 2021 and reversed a long decline in benefit receipt.

In 2005, 72% of people lived in households that received at least one benefit, a figure that had fallen to 62% by the eve of the crisis. This fall was driven by the removal of Child Benefit from higher earners, the increase in the State Pension Age, and rising employment and earnings causing some families to no longer be entitled to welfare support. The Resolution Foundation estimates this figure has been partly reversed, with 64% of people now receiving benefit income in their household.

Focusing on which groups have been the main recipients of the pandemic benefit surge, the report notes that young adults (16 – 24 year olds) – the age group least likely to receive benefits – have seen the sharpest increases in support. The proportion of 25-29 has also increased sharply – from 17% to 24% per cent – while the share of 30 – 59 year olds claiming benefits has increased more slowly, from 22% to 27% per cent.

The Foundation believes that young adults have been hit hardest by the Covid-19 crisis and that it would have been far worse if not for the furlough scheme and while the number of families receiving benefits had dropped by some 130,000 by May of this year, the Office for Budget Responsibility expects the number of families receiving benefits to remain higher for the next two years than it was before the pandemic.

There has also been a potentially worrying rise in the number of older UC claimants, with 34,000 more people aged over 50 on the benefit since February 2021.

With record numbers of people now receiving UC, future decisions such as the future of the £20 a week uplift*, will have a bigger impact on family living standards across the country than ever before.

Alex Beer, Welfare Programme Head at the Nuffield Foundation said: “This research highlights the relevance of the benefits system to people of all ages, as well as the vital role it has played in supporting people and families through the economic crisis caused by the pandemic. However, it also shows that the level of support varies significantly across different age groups, and those differences should be taken into account by government when considering any changes to benefit rates.”

For information about how many people in the city region are in receipt of out-of-work benefits or in receipt of in-work support please go to the GMPA Poverty Monitor Social Security data.