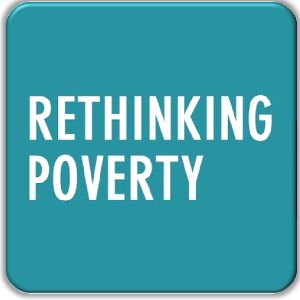 by Barry Knight, a frequent contributor to Rethinking Poverty

My favourite history book, The Sleepwalkers, tells the story of how the great powers drifted into the First World War without reason or regard to consequences. This is a common pattern, repeated many times since. For example, by blindly giving priority to economic growth, we have walked lemming-like towards the pandemic, the economic crash, the climate disaster, and the racism crisis. Yet, half a century ago, the Club of Rome report set out the social and environmental limits to growth and predicted the consequences of ignoring them.

The consequences are now becoming clear, exemplified in the dramatic rise in poverty. Since March 2020, we have witnessed the fastest increase in the number of people claiming working-age social security benefits in the UK since records began. In parts of Manchester, up to 40 per cent of children now grow up in poverty.

And this is just the start. Planned redundancies are running at twice the level of the 2008 financial crash. According to estimates by the Trussell Trust, destitution rates are set to double by Christmas, while the crisis of food poverty is becoming a ‘national scandal’. Footballer Marcus Rashford speaks for many when he says:

‘I have no interest in party politics. Letting millions of children in the UK go hungry at night
is only an issue of humanity. We need to do better.’

The pandemic has exposed a critical weakness in the systems we use to support society. We have relied on a ‘just in time’ approach, with no spare capacity, so that systems collapse as soon as unusual events occur. Successive governments have downgraded the importance of building infrastructure for the long term, preferring the quick-fix magic-bullet policy designed to address short-term symptoms.

So, the main lesson from the pandemic is the importance of planning for resilient systems. The concept of a planned society was a key factor in the success of social and economic policy in the 30 years since the Second World War, but has now been more or less abandoned.

A much-needed national plan would develop a ‘big reset’ for our society. There would be two main goals: first to rescue the millions of people now living in poverty and second to reform the operating principles for society.

Taking rescue first, the plan needs to stabilise our society by guaranteeing a basic income for everyone. This can be done in many ways, but the simplest and most respectful solution is through a universal basic income. This is needed because jobs are scarce and Universal Credit barely meets people’s subsistence requirements.

Turning to the development of new operating principles, the plan should use the idea of wellbeing as its goal. Wellbeing means that people feel good, have robust physical and mental health, and find fulfilment in their work, leisure and family lives. The Carnegie UK Trust has developed a framework for how to develop wellbeing in society.

The plan would involve substantial reforms to the way we generate, tax and distribute wealth in society. Rather than having a society driven by profit, the plan would build on the surge in community spirit produced by the pandemic to foster solidarity where everyone has enough, but no one has too much. This would require a sustainable economy that enhances the natural world, while creating meaningful work. The plan would examine each and every government policy to ensure that it is life enhancing, so that, for example, education produces enthusiastic lifelong learners who can develop meaningful lives rather than people who can pass SATS tests.

Given the upheaval caused by the pandemic, there is the opportunity to #BuildBackBetter.  This will require countercyclical investment, including borrowing to pay for it, but the alternative will be increasingly ineffective crisis interventions to compensate for our years of sleepwalking. Let’s wake up.