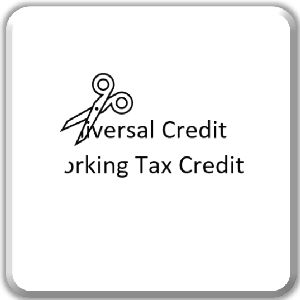 New JRF analysis estimates that around 2 million families on low incomes who receive Universal Credit (UC) or Working Tax Credit (WTC) will pay on average around an extra £100 per year in National Insurance contributions under the Government’s proposed changes.

Peter Matejic, Deputy Director of Evidence & Impact at JRF said: “With inflation rising, the cost of living going up and an energy price rise coming in October, many struggling families are wondering how on earth they will be expected to make ends meet from next month.  Any MP who is concerned about families on low incomes must urge the Prime Minister and Chancellor to reverse this damaging cut to Universal Credit, which will have an immediate and devastating impact on their constituents’ living standards in just a few weeks time.”

Only three weeks ago 100 organisations across the UK, including GMPA, joined together in an open letter to the Prime Minister urging the Government not to go ahead with the planned £20-a-week cut to UC and WTC Credit.

JRF’s latest analysis shows the number and proportion of families who will be impacted by the cut to UC and WTC in each UK parliamentary constituency. See below the figures for the GM constituencies: 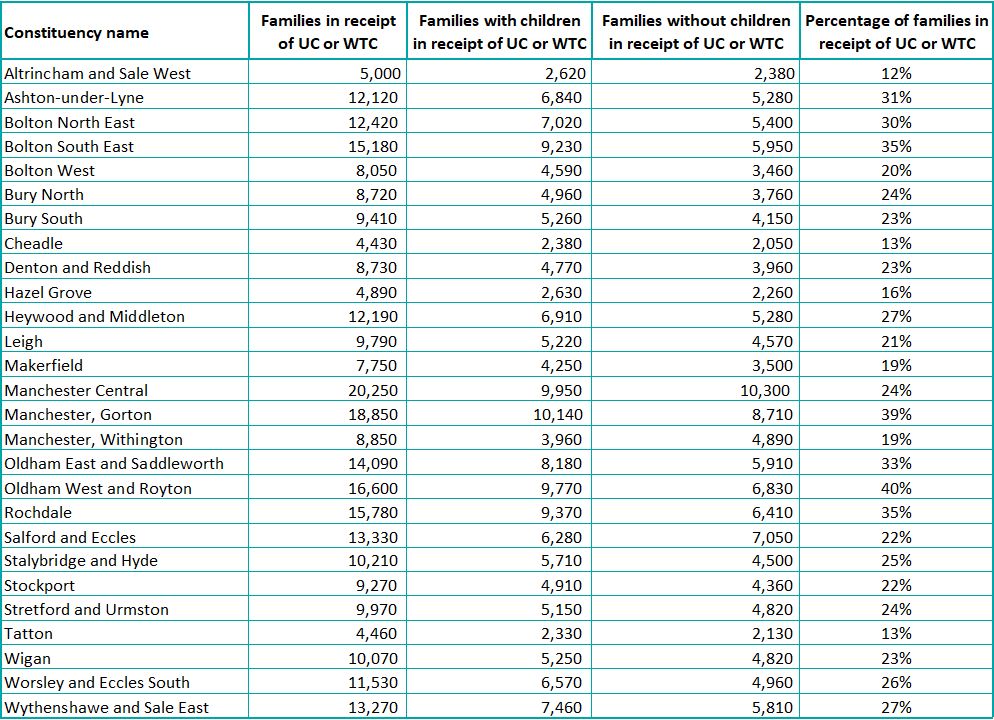