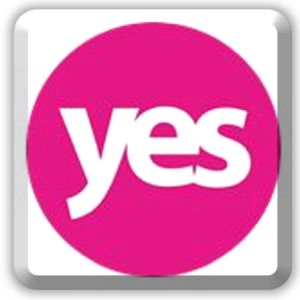 Yes Manchester CIO has been awarded funding by the National Lottery Community Fund’s (NLCF) Reaching Communities programme, one of only a handful of North Manchester organisations to be successful.

The NLCF has awarded £300,000 over the coming three years to the charity that helps people to get into work. The funding will be used to help pay for Yes Manchester’s activity to support people living in poverty in North Manchester.

Yes Manchester  provides support to people looking for work in North Manchester and helps people to get the skills, experience, and confidence to succeed. Yes became a registered charity in November last year. Established in 2013 as a social-enterprise subsidiary of a Northwards Housing, it became an independent charity after the housing association became part of Manchester City Council. Since opening more than 1,000 people have got jobs with the help of Yes, and 100s more have entered training  or education.

Sheila Sturgeon, Chief Executive of Yes Manchester, said us: “We are so grateful to NCLF and to everyone that plays the lottery each week. This money helps us enormously to remain sustainable and will help to unlock cash from other funders too. It really will make a massive difference to the hundreds of people that rely on our help to become financially independent.”

Yes Manchester  is based in Newton Heath and has a second office in Collyhurst. The charity also meets customers and potential customers in The Avenue Library and North Manchester Library on Thursdays most weeks.

Anyone not in work, or working but needing state benefits to make ends meet, can call  0161 260 1600, email using yesinfo@yesmanchester.co.uk, drop in to 115 Briscoe Lane or 35-39 Southchurch Parade or the libraries, or can use the ‘Ask Yes for Help’ button on the charity’s website  to make an appointment to speak confidentially with one of the charity’s expert advisors.

Yes Manchester CIO has recently been accredited to the matrix Standard (the international quality standard for organisations that deliver information, advice and/or guidance (IAG), either as their sole purpose or as part of their service offering), demonstrating the high quality of the services they provide to unemployed and underemployed people in their area of the city.

Anthony Borg, age 55, came to Yes after being  his wife’s full-time carer. After so much time away from the labour market he had lost his confidence, and also needed help to understand how to apply for and get a job in a very changed world.

He was referred to the Green Employment Project, a government funded project Yes delivers with One Manchester and other not-for-profit Greater Manchester organisations. Marika Ellul, Yes’s Green Employability Coach, helped Anthony identify and overcome the issues identified and encouraged him to apply for one of the project’s paid work placements.

After some interview coaching with Marika, Anthony secured a placement with Fareshare as a Warehouse Operative and is hopeful of securing permanent work very soon.

Kai Painter, age 24, came to Yes for help around 18 months ago after being made redundant.

Sammy Logan, one of the charity’s most experienced IAG advisors, remembers that first meeting. She said: “He was very low, and lacked confidence, but I was impressed with his determination to find a job.  Over the next few months, we worked on his CV, his interview skills, and his confidence and then I suggested he apply for an administration Kickstarter vacancy at Yes”.

Kai did apply, and he got the job. He was made permanent at the end of the 6-month placement and began a Level 2 Apprenticeship as a Data Technician.

He said: “I’m so grateful to Sammy for her advice and support.” Kai told us “Thanks to her, and to everyone at Yes, I have a job I enjoy, and a real career and real prospects. I even have my own flat now and it’s all thanks to Yes Manchester”.