Our vision is of a Greater Manchester free from poverty where all residents can realise their potential and access the benefits of living in a diverse and vibrant city region.

We convene and network organisations from across the public, private and VCSE sectors to foster collaboration and innovation and to maximise the impact of efforts to address hardship and deprivation across Greater Manchester. We equip stakeholders with the knowledge they need to tackle poverty. We carry out research and advocate for changes in policy at a local and city regional level and sometimes at a national level to address the structural and systematic causes of poverty.

Poverty damages the lives of the people it effects, both in the here and now and in the long-term. High levels of poverty act as a drag on Greater Manchester, hindering the economic potential of the area and putting pressure on public services. Poverty, therefore, is everybody’s business.

To find out more about levels of poverty in Greater Manchester, please visit our Mini Poverty Monitor page 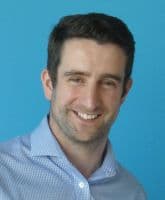 In his current role as Director, Graham leads on GMPA’s policy, research and advocacy work and represents the organisation at a strategic level across the city region.

Outside of his GMPA role, Graham is a councillor in Trafford and is currently Executive Member for Communities and Partnerships. 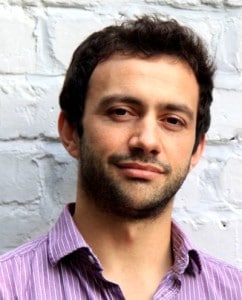 Tom has lived in different parts of Greater Manchester nearly all his life. He coordinated several campaigns at university and was elected General Secretary of the University of Manchester Students’ Union. He then worked as Campaigns Coordinator for the SPEAK Network, before becoming self-employed in 2012, running courses in politics and campaigning, and setting up networks of charities for mutual support and collaboration.

Before joining GMPA as a volunteer, Chris had been working full time for over 40 years with her two main jobs at Manchester Metropolitan University and with the Federation of Small Businesses.  All her experience has proved useful in Chris’ work with GMPA.

In July 2014 Chris pulled together and sent out GMPA’s first newsletter.  Now past its 100th issue its circulation increases all the time and GMPA is contacted every week about contributions and regularly complimented on its content. Chris also created and maintains GMPA’s maps of support services, manages GMPA’s website and social media pages and assists with the organisation of GMPA’s events.

John has a lifelong commitment to raising the aspirations and living standards of the poor and marginalised in our communities and has a deep commitment to collaborative and co-operative working. 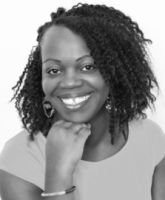 Beatrice was born in Rwanda and grew up there until the genocide of 1994 forced her and her family to flee to the UK. She spent her teenage years in London and moved to Manchester in 2002 to study at University. On Graduating, she spent nearly a decade working as a policy coordinator for the DWP until 2015.

Since then, Beatrice has worked to help build a network of grassroots projects and charities within Manchester and Tameside, where she lives.

Beatrice is passionate about social justice and in April 2020, she came on board as a Facilitator for the Tameside Poverty Truth Commission.

Sian has worked in the development and humanitarian sectors both in the UK and abroad for many years. She is passionate about working to alleviate poverty to create a more equal society, and is excited to be focusing on reducing food poverty in Greater Manchester.

Sian has lived in Manchester since 2012 when she came to complete her PhD in Humanitarianism.

Prior to joining GMPA she worked as a programme manager with Oxfam, coordinating their poverty alleviation programme across Greater Manchester. She has also been an active volunteer with several charities involved in food provision including during the Covid-19 response.

GMPA’s work involves engaging with stakeholders across Greater Manchester. The network includes over 1300 organisations and individuals from across the private, public and VCSE sectors who receive our fortnightly newsletter and attend our events.  They also get involved in our projects, such as the Greater Manchester Food Poverty Alliance and the Greater Manchester Living Wage Campaign, bringing expertise and building power together.

Working closely with our local network, partnering with national organisations and producing focused research reports has enabled us to make valuable connections, influence national campaigns and attract the attention of key influencers.

If you don’t already receive our newsletter, please sign up here

We are hugely grateful to our Principal Partners for the support that they provide. Without them GMPA wouldn’t exist.

Organisations can also become supporters of GMPA, through smaller donations. Click here if this is something you’d like to sign up to. Individuals can donate to GMPA here