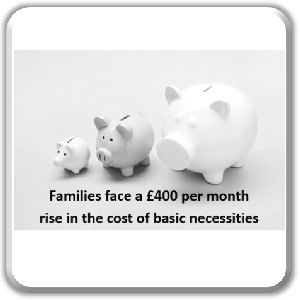 Research conducted by Loughborough University for the Joseph Rowntree Foundation (JRF) has revealed that families with children face price rises of £400 per month on basic necessities including rent, heating, and food. The findings have been calculated using the Minimum Income Standard (MIS), which is based on what members of the public think is required for a minimum acceptable standard of living in the UK.

The cost of living crisis is worsening for everyone, but those on the poorest incomes are being affected drastically, as they spend a higher share of their income on food, electricity, and other essentials.  We have seen inflation rise by 9% in the 12 months to April 2022, up from 7% in March (on the CPI measure). However, the research has shown that families with two children are facing a cost rise of 13% compared with last year. Families spend an extra £120 per month on energy, £90 on transport including petrol, and £65 on childcare. This is plunging low-income households into devastating circumstances. Families face constant tough spending decisions day-in and day-out about whether to pay bills, eat or use gas and electricity. The never-ending cycle of struggling to afford the basic necessities should not be the reality for so many households across the UK. 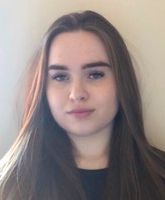 Further to the support announced by government last week (detailed on the frontpage), we need a long-term fix to the benefit system. Strengthening the social security system is central to this, as JRF findings have shown that the basic rate of social security in 2022/23 will be the lowest since 1982, at a time when inflation is at a 40-year high. Therefore, to protect the poorest families, the government needs to fundamentally review the value of benefits and end policies such as the ‘bedroom tax’ and two child limit on children’s benefits.

If the government continues to fail to provide an adequate state safety net, more families will be pushed into poverty, which will have a lasting impact on the economic, physical, and mental well-being of future generations.