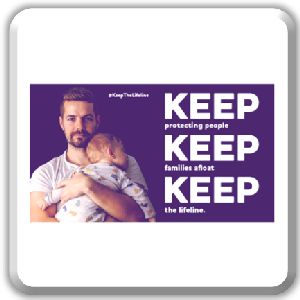 As you are no doubt aware, in October the Government plans to cut the £20 a week (£1040 a year) uplift paid to those in receipt of Universal Credit and Working Tax Credit introduced at the beginning of the pandemic. For years before the pandemic, cuts and freezes to social security had already left many families living with constant financial insecurity.

This cut will have a huge impact on six million families and will be the biggest cut to the basic rate of social security since the modern welfare state began, more than 70 years ago.

Many charities, think tanks and leading organisations plus six former Conservative work and pensions secretaries   are urging the Government not to go ahead with this cut, which will further weaken social security support, cause severe hardship for families who are already struggling to stay afloat and generate a surge of people being pulled into poverty.

There is also an ongoing call on the Government not to discriminate against families receiving ‘legacy benefits’ such as Employment Support Allowance, Jobseeker’s Allowance and Income Support by not giving them this uplift.

Since signing a joint open letter to the Chancellor last September, an ongoing campaign led by the Joseph Rowntree Foundation (JRF), together with many organisations including GMPA, determined to prevent this cut, has been active.  If this is something you feel strongly about, there are many ways to get involved.

JRF have produced some very helpful tools.  You can read more about the campaign here and why this lifeline must be kept.

•  A ‘Campaign guide’ – for small organisations or leaders who are keen to get involved. It has details of the campaign, links to assets, write to MP guidance and suggested tweets.

•  A ‘Stakeholder toolkit’ – for larger organisations with networks.

What you can do to help

If you do one thing, write to your MP and/or request a meeting (see the helpful guide from the End Child Poverty Coalition for how to prepare). It is so important that MPs hear from as many different voices as possible about the impact of the cut – from charities, local leaders, claimants and supporters. We need them to know that this is a huge risk for families and communities, and for them politically.

Tell your network about the cut

Sadly, despite the severe impact this cut is likely to have on families, the complexity of the system and lack of communications means that too few recipients are aware it is due to happen and that it will affect them.

Raise the issue on your social media

Use the #KeepTheLifeline and help to keep this issue trending.

There are plans for a national day of action on August 17th.  Keep an eye on social media #KeepTheLifeline for more information.