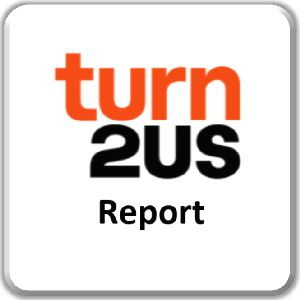 A new report from national poverty charity, Turn2us, reveals how over 15 million people in the UK have experienced at least one life event in the past two years that has left them struggling to cope financially.

The research shows that women, disabled people, certain minoritised ethnic groups and young people, are the worst affected by the financial impact of life events, such as bereavement, illness, a relationship breakdown, or unemployment.

The publication of the charity’s report comes just weeks after the Covid-19 furlough scheme ended, and the £20 Universal Credit uplift was cut. Its findings show how life events can plunge people into financial insecurity, particularly those who are already struggling to make ends meet, and that there are barriers to people accessing the support they need.

Thomas Lawson, Turn2us Chief Executive commented: “In the absence of long-term solutions that prevent people being plunged into financial insecurity, we urge the government to mandate Local Welfare Assistance schemes, with an additional £250m of ringfenced funding each year. This will enable councils to step in and help prevent families from having to make difficult choices between putting food on the table and paying their bills, because of life events that are beyond their control.”

Karen Isaacs, a Turn2us co-production partner with lived experience of financial insecurity, comments: “After a car crash left me unable to work, I had to quickly find ways to support myself financially. My initial claim for Universal Credit was not straightforward and caused a lot of stress at a time when I was under so much pressure from all sides. With no job and no money to support myself, while also being in a lot of pain, my mental health was absolutely at breaking point. I felt completely without any dignity, especially at my age – in my 60s – when I should have been receiving my pension.

“Now over three years later, I am still struggling and still trying to get a job. Recent cuts to Universal Credit have made matters worse and it is almost impossible to get help from anywhere for people in my position. This means yet another winter and Christmas struggling for money and worrying constantly.”

The survey findings also suggest that shame and stigma are a barrier to seeking support. It also reveals the coping behaviours people use to get by: almost 50% of those surveyed relied on a credit card to cover day-to day-spending after the financial impact; 23% took out a payday loan; more than one third (36%) missed bills or debt repayments with 14% reporting missing repayments more than twice; and 9% had used a payday loan or another form of high-cost credit more than twice.

44% of the people who found it difficult or impossible to cover the costs of the life event did not seek support at all.

The life events research was undertaken by Turn2us to better understand the impact of life events on people’s finances, how they cope, and what measures they need to support them. The survey and interviews explored a broad range of events that have an impact on people’s finances in the areas of health, work, family, housing and legal circumstances. Read the full report here.