Last week the End Child Poverty Coalition released new analysis showing child poverty rates across the UK by local authority area over the six years leading up to the pandemic. Even before the economy was hit by the pandemic, child poverty was becoming more entrenched in areas with already high levels of poverty and deprivation. 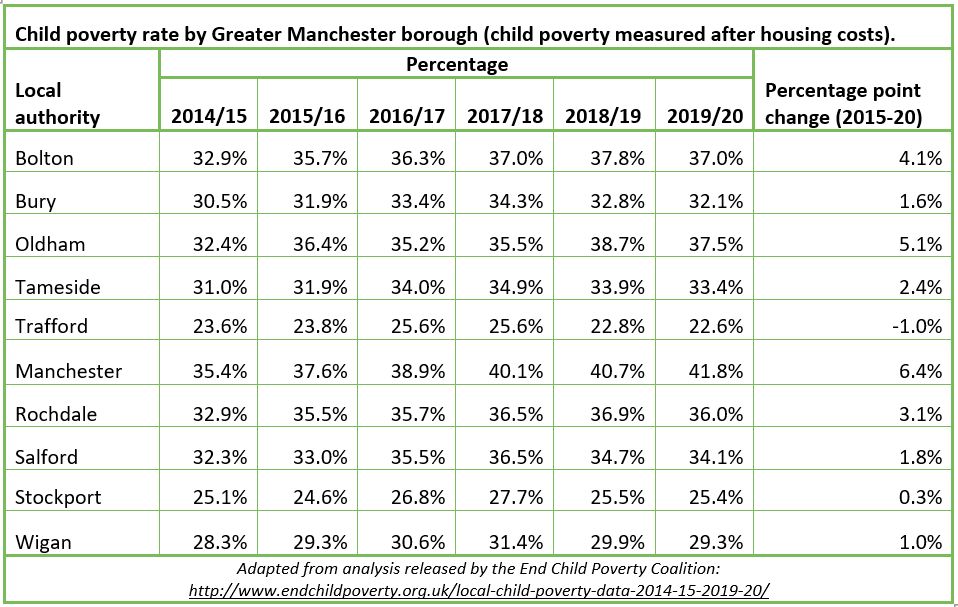 Nationally, the highest rates of child poverty remain concentrated in large conurbations like London and Birmingham.

In response to these concerning figures, the End Child Poverty Coalition is calling on the UK Government to recognise the scale of the problem and its impact on children’s lives and to create a credible plan to end child poverty which must include a commitment to increase child benefits. Given the extent to which families are already struggling, the planned £20 per week cut to Universal Credit in October 2021 should be revoked. The support should also be extended to those still receiving financial assistance from the old benefit system, referred to as ‘legacy benefits’, before they are switched to Universal Credit. 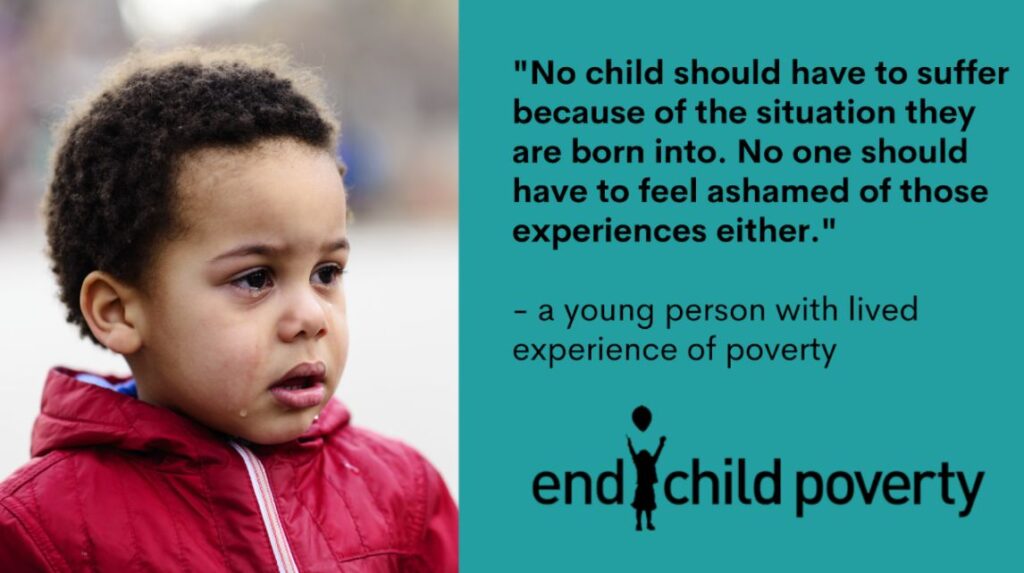 GMPA is a member of the End Child Poverty Coalition steering group.